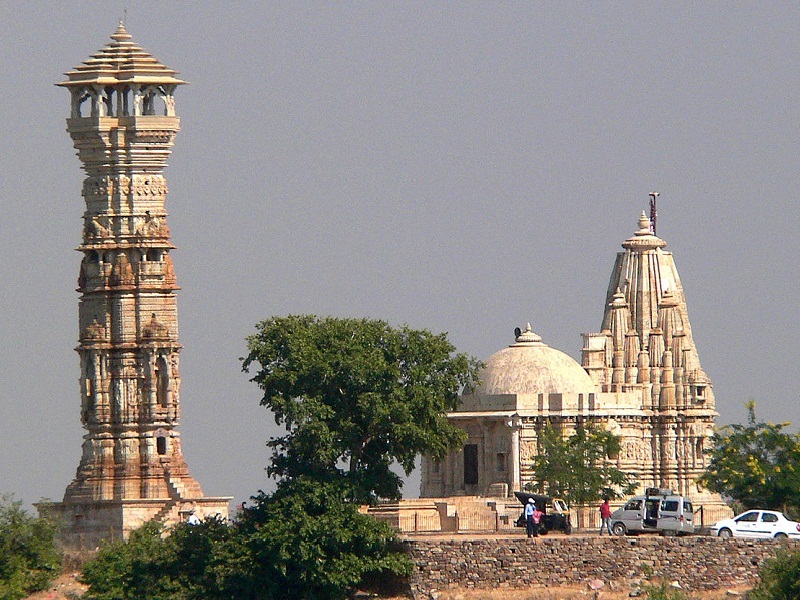 #3 of 9 Places to Visit in Chittorgarh

At a distance of 800 m from Kumbha Palace and 7.5 km from Chittorgarh Railway Station, Kirti Stambh or the Tower of Fame is an ancient Jain monument situated inside Chittorgarh Fort Complex.

Kirti Stambh is a 12th century tower built by a Jain merchant Jijaji Bhagerwala during the reign of Rawal Kumar Singh. The main purpose behind its commission was to glorify Jainism. This six storied tower having a height of 22 m is dedicated to Adinath, the first Jaina Thirthankara.

Built in Solanki style architecture, it has many columned balconies, latticed arches and intricately carved niches. The tower is embellished with numerous figures of naked Thirthankars indicating that it belonged to the Digambara sect. In the lower storey, images of standing Adinatha are depicted on all the four cardinal directions whereas upper storeys contain hundreds of miniature images of Jain divinities. A number of Jain inscriptions can be found within and outside the tower, dating it to 896 AD.

There is a narrow stairway which leads through the seven storeys to the top. On the top floor there is an observation hall which offers a panoramic view of Chittorgarh city. A large number of followers of Jainism come to the tower to worship Lord Adinath. However this monument is closed for visitors to go inside the monument. One can visit it outside.