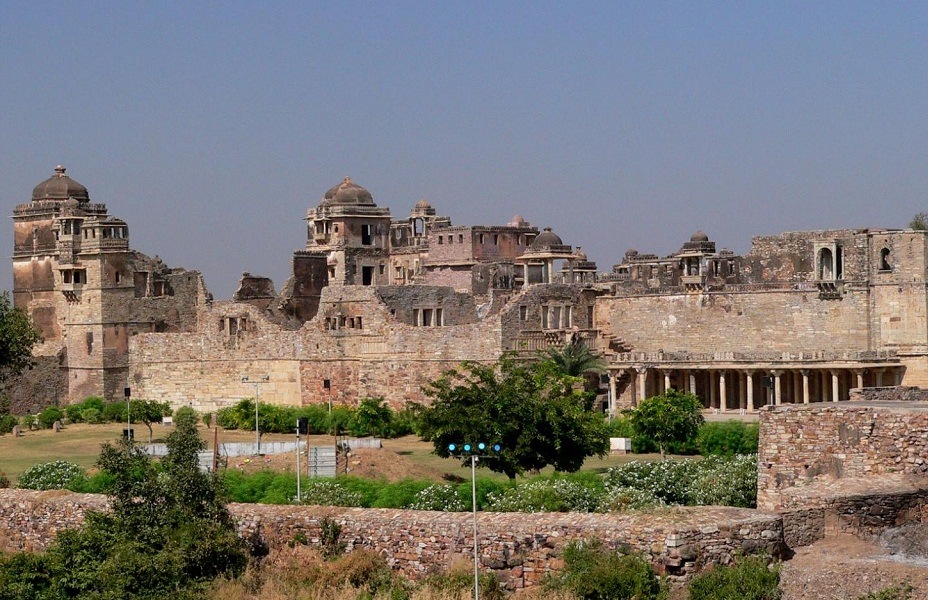 #2 of 9 Places to Visit in Chittorgarh

At a distance of 6 km from Chittorgarh Railway Station, Rana Kumbha is a heritage palace situated near Vijay Stambh inside the Chittorgarh Fort Complex. It is one of the top places to visit in Chittorgarh Fort.

The palace was rebuilt by Maharana Kumbha on a ruined palace which was built in the 734 AD by Bappa Rawal. He was known for his art and cultural patronages in Rajasthan's Mewar dynasty. It is in this palace the Rajput King Maharana Kumbha lived his royal life. The ruined Kumbha Palace is the most massive monument in the fort of Chittor.

According to the legends, the founder of the city of Udaipur, Maharana Udai Singh was born here, and his life was saved by his wet nurse Panna Dhai, who sacrificed her own son and successfully managed to take a young Udai Singh to a safe destination. This place was once the home of the famous bhakti poetess Meerabai. The palace is believed to have underground cellars where Rani Padmini and other women folks in the royal palace performed Jauhar during the attack of Ala-ud-din Khilji in 1303 AD. This is also said that their souls are still haunting this palace.

The Rana Kumbha Palace is a fine specimen of Rajput's architecture. It is a huge structure, built of sandstones, which are not of equal proportions. The palace is raised high from a large basement which is in the shape of a rectangle. The walls are ornamented with artificial battlements and turrets. The remarkable feature of the palace is its splendid series of canopied balconies. The entrance to the palace is through two gateways known as Suraj Pol and Tripolia Gate leading further to Suraj Gokhra, Zanana Mahal, and Kanwarpada-ka-Mahal in the open courtyard.

The palaces of Panna Dhai and Meerabai are situated in the southern part of this palace complex. A grand old temple dedicated to Lord Shiva and stables of horses and elephants are placed nearby. The Nau Lakha Bandar (nine lakh treasury) building, the royal treasury of Chittor was also located close by. Now, across from the palace is a museum and archeological office. The Singa Chowri temple is also nearby.