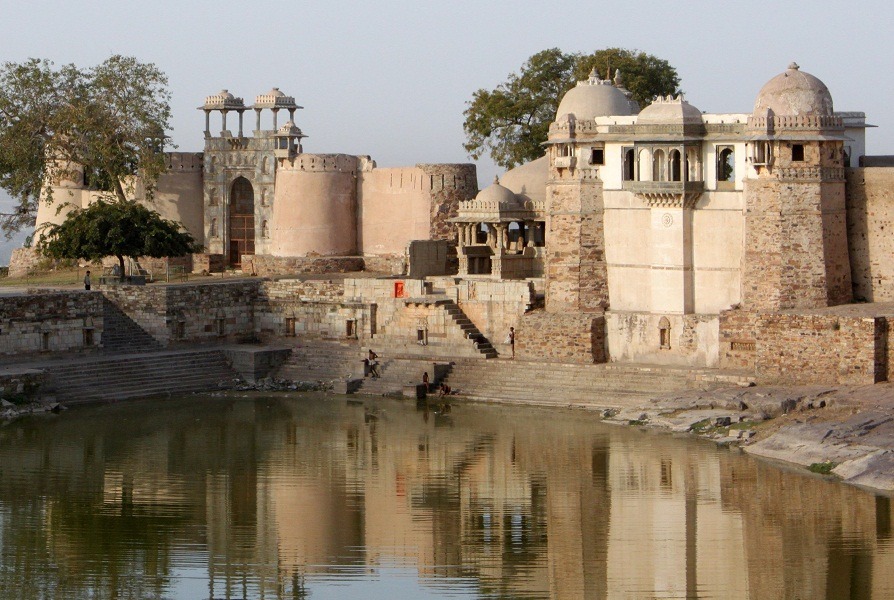 #7 of 9 Places to Visit in Chittorgarh

At a distance of 1 km from Rana Kumbha Palace and 6 km from Chittorgarh Railway Station, Ratan Singh Palace or Ratan Singh Mahal is a large historical palace situated in Chittorgarh Fort. Located along the Ratneshwar Talab, this palace is one of the top places to visit in Chittorgarh.

The Ratan Singh Palace is attributed to Rana Ratan Singh II (AD 1528 - 31). It is rectangular on plan and enclosed by a high wall. The main entrance is facing east through a lofty arch crowned with two pillared chhatris. The palace comprises a courtyard surrounded by rooms and a pavilion with balcony on the eastern part of the second storey.

In the north side of palace, there is a gate which leads to internal part of palace. In inner part, there is big empty space and around it different old structures and rooms are made. Darikhana has with fine balcony overlooking the reservoir is on eastern part of second story. A temple known as Ratneshwar Mahadeva Temple is on the north of the main gateway, which comprises of a garbhagriha, an antarala and a mandapa. The exterior of the temple is beautifully carved. One can also see a well maintained garden in the palace compound. This palace was used for great occasions and ceremonies in ancient time.