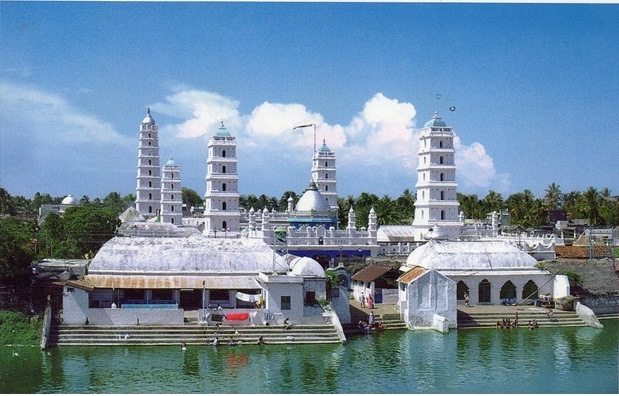 #8 of 22 Places to Visit in Thanjavur

Travel Tips: This place is usually visited from Nagapattinam (9 Kms)

At a distance of 14 km from Karaikal, 85 Kms from Thanjavur, 9 Kms from Nagapattinam & 291 Kms from Chennai, Nagore is famous for a Muslim dargah dedicated to the 16th century saint Meeran Sahib.

The Nagore Dargah shrines are situated at three locations, Nagore, Vanjur and Silladi. The main campus is at Nagore, spread over an area of about five acres, which is enclosed by compound wall, with four impressive entrances, one each on the north, south, east and west. In front of the western gate, just outside the compound, is a large tower, 131 feet tall, called 'Periya Minara'. Nagore Dargah literature discloses that Tanjore King Pratap Singh built -Periya Minara- around 1760 AD, about 200 years after the death of Meeran Sahib. He is said to have built it in appreciation of having received the grace of Meeran Sahib.

Although this is a Muslim religious place, the dargah's rituals and architecture are influenced by Hinduism. Kandhuri festival during October and November is very popular.