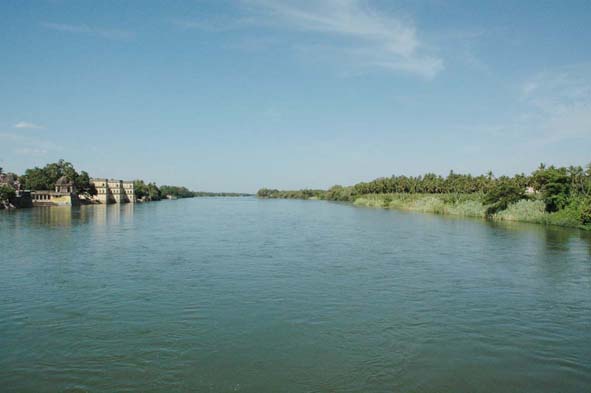 #5 of 22 Places to Visit in Thanjavur

At a distance of 13 kms from Thanjavur & 312 Kms from Chennai, Thiruvaiyaru in Thanjavur district is situated on the banks of the river Kaveri. Thiruvaaiyaru has an old Shiva temple dedicated to Panchanatheeswar. However, it's more famous for association with Thyagaraja, the Saint Composer,

The Panchanatheesvarar Temple dedicated to Shiva sprawls over a 14-acre campus and is both grand and serene. Beyond the temple are lush paddy fields and groves. The temple is about 1 Km from Thiruvaiyaru town centre. Timings - 6 AM to 12 PM and 4-9 PM.

Thyagaraja is a composer of Carnatic music, who along with his contemporaries Muthuswami Dikshitar and Syama Sastri forms the Trinity of Carnatic. He composed hundreds of devotional songs, most of them in praise of the Hindu god Rama in Telugu language.

Near the Shiva temple is the one-roomed house where Tyagaraja composed some of his greatest works. On the banks of river is the samadhi of the saint where music festival takes place annually.