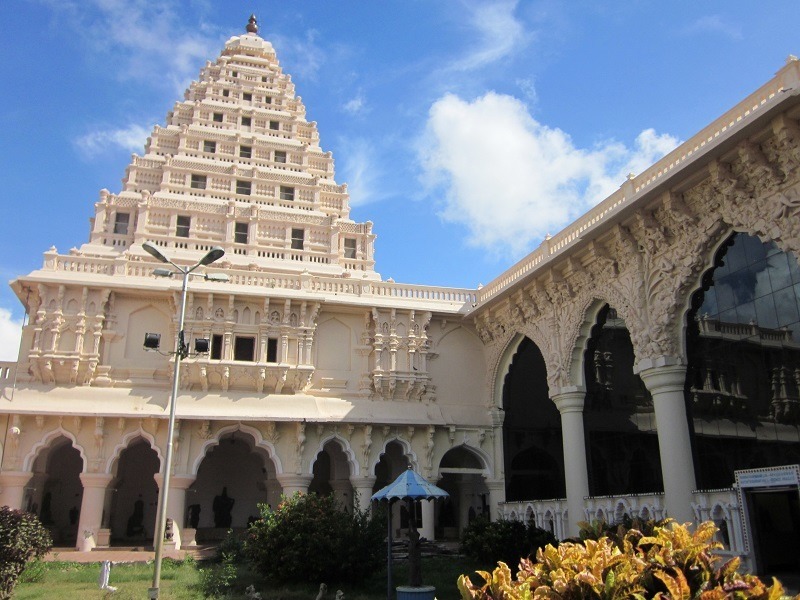 #2 of 22 Places to Visit in Thanjavur

Travel Tips: Following places are located within Thanjavur Palace and can be visited together:

At a distance of 2 km from Thanjavur Railway Station, and 1.5 km from Brihadeeswarar Temple, Thanjavur Palace is a wonderful historical structure in the town of Thanjavur. It is one of the famous Thanjavur tourist places.

Also known as Maratha Palace or Nayak Palace, it was the official residence of the Maratha rulers from 1674 to 1855. It was constructed partly by Thanjavur Nayaks around 1550 CE and expanded by the Marathas. The palace is noted for its huge halls, spacious corridors, observation and arsenal towers, and a shady courtyard. This palace is a must-visit place for history buffs to understand the history and lifestyle of its rulers as part of Thanjavur tour.

The entrance to the palace is a large quadrangular courtyard which is encircled by walls with big gateways to the north and the east. The courtyard leads to a many-pillared hall. The Goodagopuram, also known as Bell Tower, an eight storied vimana like building situated on the southern side of the third quadrangle, has a height of 190 ft. It was the palace watchtower and also the armory of the Thanjavur Kings till 1855 AD. Beyond the Goodagopuram lies the six-storied tower called Manimandapam.

The Palace is divided into two parts where the first part followed by Saraswathi Mahal Library is extended by Maratha rulers and it houses Royal Museum, Maratha Darbar Hall, and Sangeetha Mahal. The second part of the palace was constructed during the Nayak period and it houses Goodagopuram, Manimandapam, and Art Gallery.