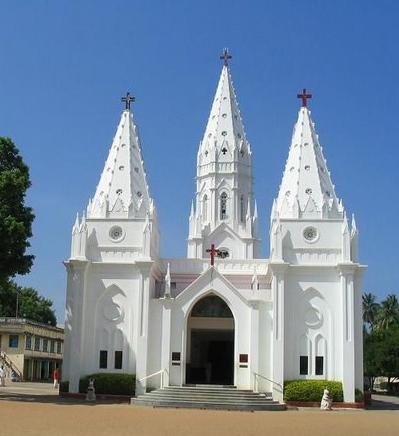 At a distance of 33 Kms from Thanjavur, this Basilica in Poondi village is a Roman catholic pilgrim center. It attracts pilgrims from all over India. Accommodation is provided to the pilgrims by the church authorities. People of all faiths visit this church.

In the beginning of the eighteenth century (1714-1718) a great Italian Jesuit missionary named Rev. Fr. Constantine Joseph Beschi S.J., popularly known as Veeramamunivar, built a church and named it as the church of 'Mary Queen of Immaculate Conception'. The shrine was popularly known as Poondi Matha shrine.

Poondi Madha Shrine has been raised to the level of Minor Basilica by Pope John Paul II on 3rd August 1999.