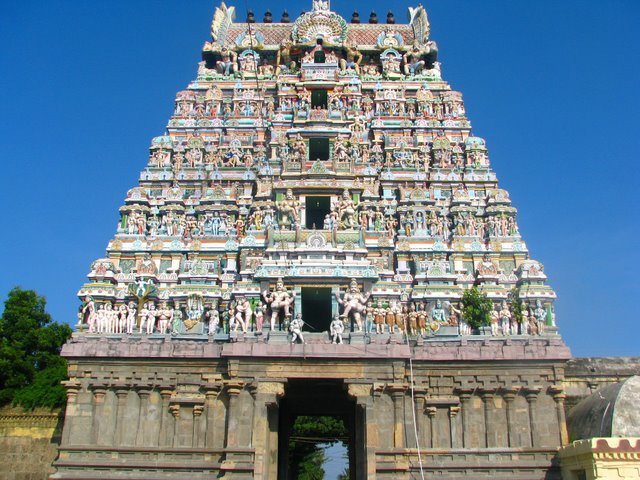 #9 of 22 Places to Visit in Thanjavur

Travel Tips: This place is usually visited from Nagapattinam (47 Kms)

At a distance of 106 Kms from Thanjavur and 47 Kms from Nagapattinam (which is 85 Kms from Thanjavur), Vedaranyam, located near Point Calimere is famous for Vedaranyeswarar temple dedicated to Shiva. The goddess is Vedanayaki and Veenavada vibhooshini. It is said that Parvati is supposed to have defeated Sarawati in the tuning of the Veena at this place.

It is said that during the deluge the Vedas along with the puranas, agamas, smritis and sastra took shelter under this linga and were protected. After the deluge the four Vedas along with the puranas worshipped the linga after bathing in a tank made by them. When Siva appeared, the Vedas requested Siva to let them stay there as trees and plants and others and the place are known as Vedaranyam. The tank that they had built be known as Vedamrita.

This is the only Shiv temple which has the Lord Shiv and Parvati in their whole wedding costume. The temple has fine paintings and sculptural work done on it.