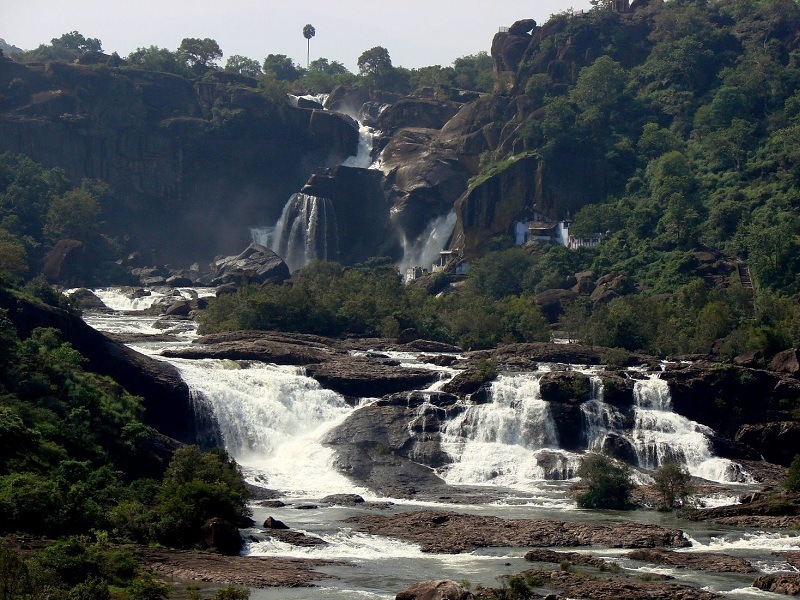 #9 of 23 Places to Visit in Tirunelveli

Formed over Thamirabarani River, Papanasam Falls drop down from a height of 120 m. The river Thamirabarani, which flows from the Western Ghats of the Podhigai Hills, reaches the plains at Papanasam. This is highly revered by the locals both for their immense beauty and religious significance. Papanasam means absolution of sins and it is an important pilgrim center where people take bath in the sacred water to relieve themselves from sins.

Papanasam Falls can be reached by 3 km trekking or one can hire an auto from Papanasam Town. The place is frequented by animals like Tigers and Panthers, which are frequently spotted in the route from Agasthiyar Falls to Papanasam as both are located close to Kalakkad-Mundanthurai Tiger Reserve.

The best season to visit this fall is after the monsoon.