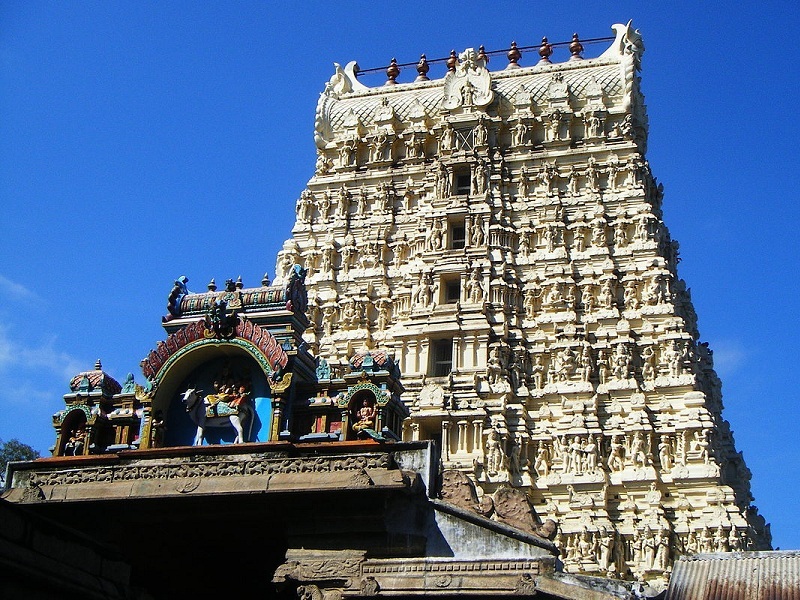 #8 of 23 Places to Visit in Tirunelveli

At a distance of 15 km from Ambasamudram and 47 km from Tirunelveli, Papanasam is a small town in Ambasamudram Taluk of Tirunelveli district in Tamilnadu. It is one of the popular picnic spots in Tirunelveli.

Papanasam has a famous temple called the Papanasam Sivan Temple which lies on the banks of Thamirabarani River. Constructed in the Dravidian style of architecture, the holy shrine is dedicated to Lord Shiva and his consort Parvati who are worshipped as Papanasanathar and Ulagammai respectively. This is the place where Saint Agasthiyar got the Kalyana dharshan of Lord Shiva and Parvati along with his wife Lopamudra.

The Shiva lingam of the temple is completely made up of Rudraksha. Of the nine Kailash Kshetras - Nava Kailash, Papanasam is the first place and is attributed to Sun God. Hence, the place is known as Surya Kshetra and Surya Kailash. Devotees strongly believe that Lord Shiva in this temple is most powerful and cures all kind of diseases. The temple is famous for its Chittirai Peruvila where the festivities used to happen for 13 days.

Another attraction of this village is the Papanasam Dam, also known as the Thamirabarani River Dam. It is believed to have been built during the British era and is surrounded by high mountains and huge trees. The dam is about 240 m high, 5.4 m wide and 265 m long and has a total catchment area of around 147 sq. km. Boating is possible in the lake but swimming is strictly prohibited as it is populated with crocodiles. The Papanasam Hydroelectric Power Plant with a design capacity of 28 MW is situated nearby.

Also known as Agasthiyar Falls, Papanasam Falls on Thamirabarani River is another attraction in Papanasam. This waterfalls drop down from a height of 120 m, adjoined with the rocky walls of Podhigai Hills. The river Thamirabarani reaches the plains at Papanasam. The Papanasam Falls are believed to cleanse the sins of those who bathe in their holy waters. The mountains around Papanasam are home to 108 herbs which are not found anywhere else in the world.