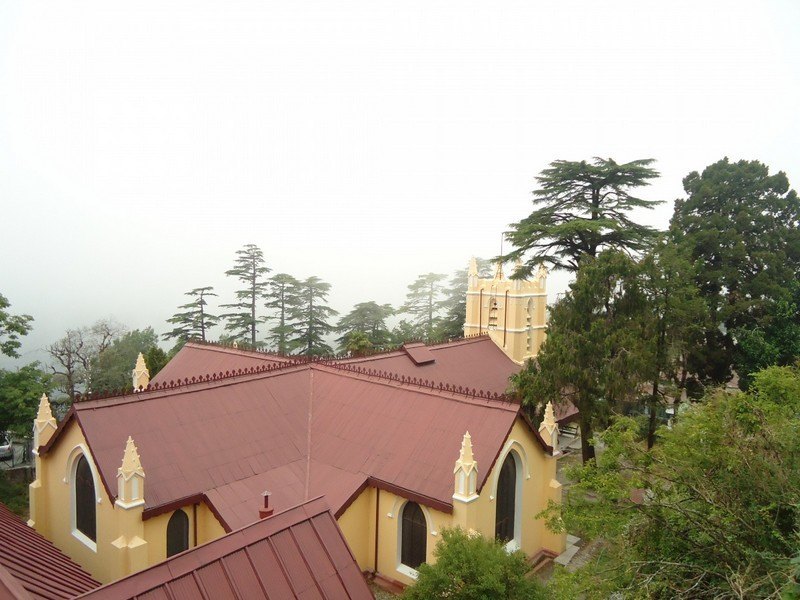 At a distance of 0.6 km from Library Bus Stand, Christ Church is an ancient church situated near Kasmanda Palace in Mussoorie.

Christ Church was constructed in 1836 and is believed to be the oldest existing church in the Himalayan ranges. The church was built by the British community, who once resided in the destination. The massive structure was erected by private donation for the use of British residents. On 29th November 1970, Christ Church became part of the Church of North India.

This church boasts of brilliant Gothic style architecture. The stained glass windows in the Church represent the events in the life of Jesus Christ. Inside the church, there is a high altar that depicts the sufferings and crucifixion of Jesus Christ. The walls and interiors of the church are beautifully decorated to grab attention of visitors. About a hundred year old ancient William Hill organ is present in the church.

The church was once visited by Princess of Wales, who later became Queen Mary of England. She visited Mussoorie in 1906, and when she visited the Church, she planted a deodar tree in its courtyard. The deodar is still standing in the courtyard of the Church.