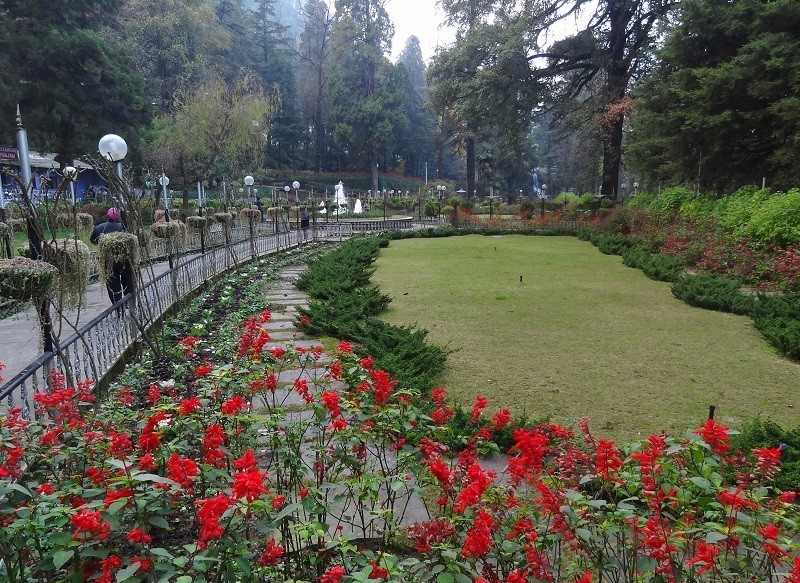 #5 of 21 Places to Visit in Mussoorie

At a distance of 3.5 km from Mussoorie Library Bus Stand, Company Bagh, also known as Municipal Garden, is situated in Happy Valley area near Lal Bahadur Shastri National Administration Academy in Mussoorie. It is a popular place of sightseeing in Mussoorie. The park is maintained by the Garden Welfare Association of Mussoorie.

Company Garden is a major picnic location in Mussoorie. It was previously known as Botanical Gardens of Mussoorie. Famous geologist, Dr. H. Fackner, laid this garden in early 20th century.
The garden has a lush green carpet of lawns and a fountain, which is located in its center. It has nearly 800 different types of flowers, including Dahlias, Begonia, Pansy and Petunia. The garden has a nursery, which offers a wide range of plants for sale.

There is also an artificial lake with a small artificial waterfall. For the kids, the garden also has an amusement park with several adventurous rides. Boating facility is also available in the small lake at the garden. There is a small market inside the garden where visitors can buy local made items. A telescope is also installed to have a closer look of the surrounding peaks.

This place is easily accessible from all parts of Mussoorie.