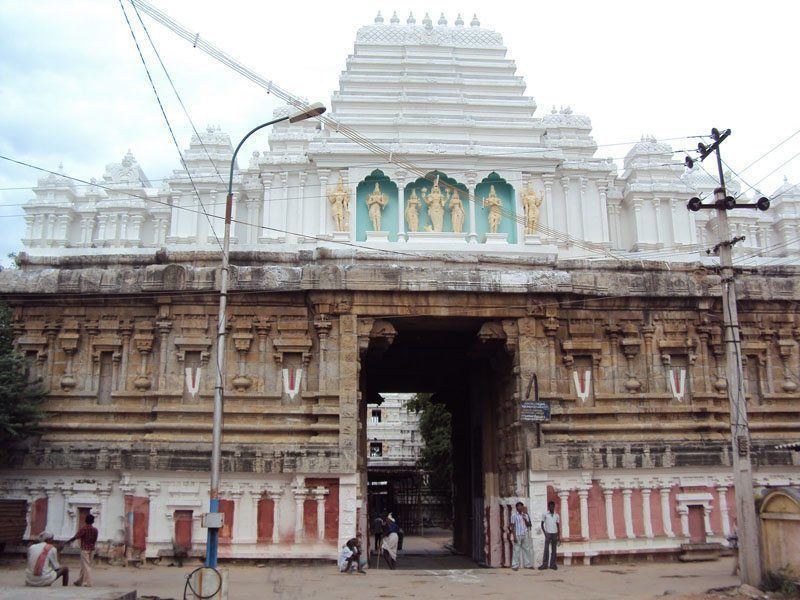 At a distance of 65 Kms from Tirupati & 30 Kms from Puttur, Sri Veda Narayana Temple is situated in Nagalapuram. The temple is a fine specimen of the Vijayanagar architecture.

It is believed that Lord Sri Maha Vishnu, in the form of Matsya, killed the rakshasa (demon) Somakudu here, and retrieved the Vedas from the latter. The shrine houses an image of the Matsya form of Vishnu accompanied by Sri Devi and Bhu Devi on either side. Sun worship is an important aspect at this temple. Every year in the month of March the rays of the Sun pass through the Gopurarn entrance for three days and fall on the idol in the central sanctum, and this is considered as an act of adoration by the Sun.

The temple is said to have been constructed by Sri Krishna Devaraya in 15th century, the Vijayanagar emperor at the behest of his mother. It is a fine specimen of the Vijayanagara style of architecture. The idol here holds the Sudarsana Chakra in prayoga (ready for release).