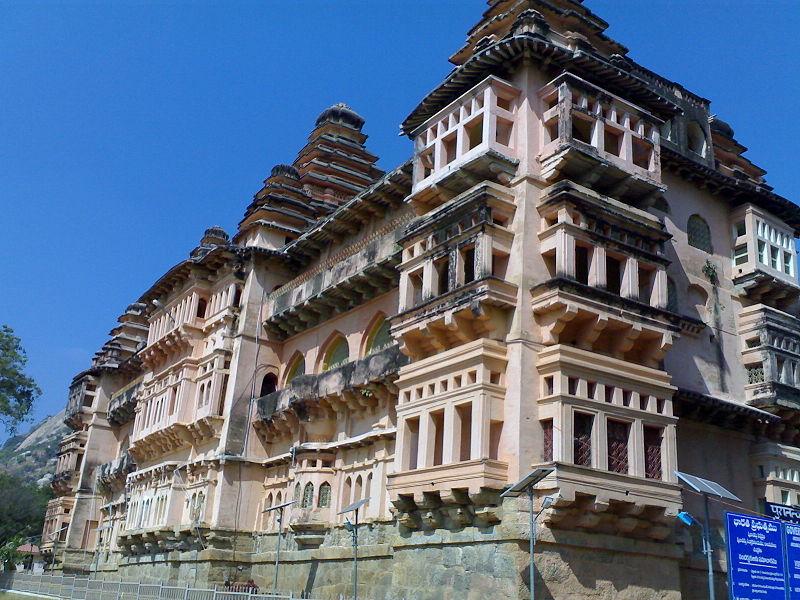 At a distance of 15 km from Tirupati, 33 km from Tirumala Tirupati Balaji Temple, 147 km from Chennai, 238 km from Bangalore & 574 km from Hyderabad, Chandragiri is an ancient town and the seat of Yadavaraya Kings from 11th to 13th centuries and fourth capital of Vijayanagar Dynasty. Chandragiri along with Tirupati is one of the ideal Chennai weekend getaways and a major heritage / historical site in Andhra Pradesh. It is one of the prime Tourist places in Tirupati town.

Chandragiri near Tirupati is famous for the historical fort, built in the 11th century. Chandragiri was under the rule of Yadavaraya Dynasty for about three centuries and came into control of Vijayanagar rulers in 1367. It came into prominence during Saluva Narasimha Rayalu. Chandragiri was the 4th capital of Vijayanagar Empire and they shifted their capital here when Golconda sultans attacked Penukonda. In 1646, the fort was annexed to the Golconda territory and subsequently came under Mysore rule before controlled by British.

The Fort is built on a huge rock at an altitude of 183 meters. The southern side of the hill is enclosed by strong walls, surrounded by a ditch to prevent any intruder from entering into the fort. The Chandragiri Fort has eight ruined temples inside the fortification along with Raja Mahal, Rani Mahal and other ruined structures.

The Raja Mahal Palace is now an archaeological museum. The palace is one of the finest examples of Vijayanagara architecture. This imposing three storied palace adorned by the crowning towers represents Hindu architectural elements. The palace was constructed using stone, brick, lime mortar and devoid of timber. The central tower that covers durbar hall rises through two stories. It is said to be the same venue where Sri Rangaraya granted the site of Fort St. George to the British in 1640. The floors are supported by massive pillars while the walls bear fine plaster and stucco decorations.

Queen's Palace is Similar to the Kings palace in style and method of execution. Contrary to the popular belief that this place was meant for the queen, the records available from the basement speaks this building was used as commander's quarters.