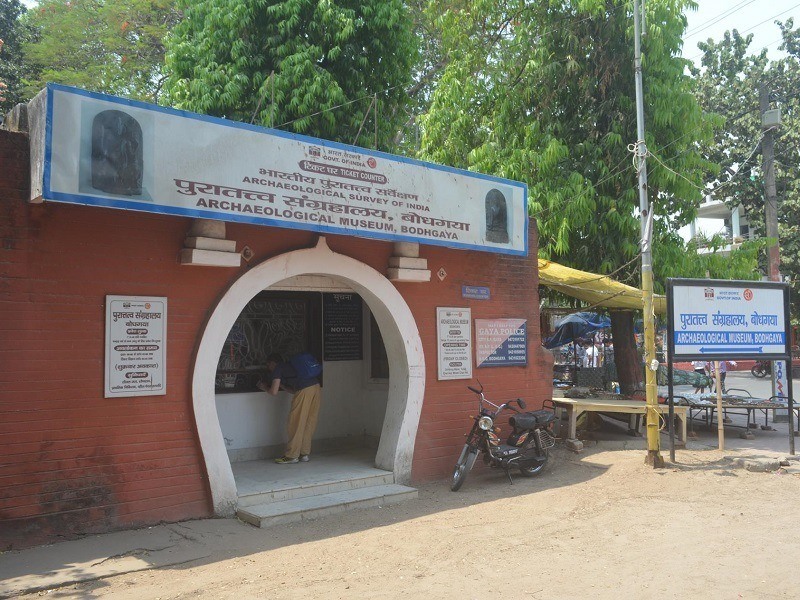 At a distance of 500 m from Mahabodhi Temple, and 1 km from Bodhgaya Bus Station, Archaeological Museum is a museum located in Bodhgaya, Bihar. Situated near Chinese Temple, it is one of the best museums in Bihar, and among the must-visit tourist places in Bodhgaya.

Established in 1956, the Archaeological Museum in Bodh Gaya was established to display ancient articles belonging to the Brahmanical and Buddhist beliefs, mostly related to the Pala period. The museum has several displays on various Buddha preachings and his ideals. Apart from articles from Gautam Buddha's age, you will also find various artifacts, scriptures, and educational aids that belonged to the ancient universities at this museum.

The museum has two galleries and an open courtyard, along with two verandahs that boast various antiques. The first gallery exhibits the sculptures depicting crowned Buddha in Bhumisparsamudra, Maitreya, a standing image of Manjusri, images of Buddha in a different attitude, standing Yakshi figure, railing pillar depicting Surya, a panel showing Sahasra Buddha, and much more. The sculptures associated with Buddhist and Brahmanical faith are the major attractions in the second gallery including panel showing Sapta Matrika, Dasavatara of Lord Vishnu. Besides, coins from the Mughal era and relics and monuments from the Mauryan and Gupta periods are also on display for the tourists.

Apart from these, the open courtyard contains the railing pillars, coping stones, and cross-bars that were moved here from the Mahabodhi temple premises. The outer verandah has a colossal image of Buddha standing in abhayamudra and inner verandah exhibits the Varah incarnation of Lord Vishnu.