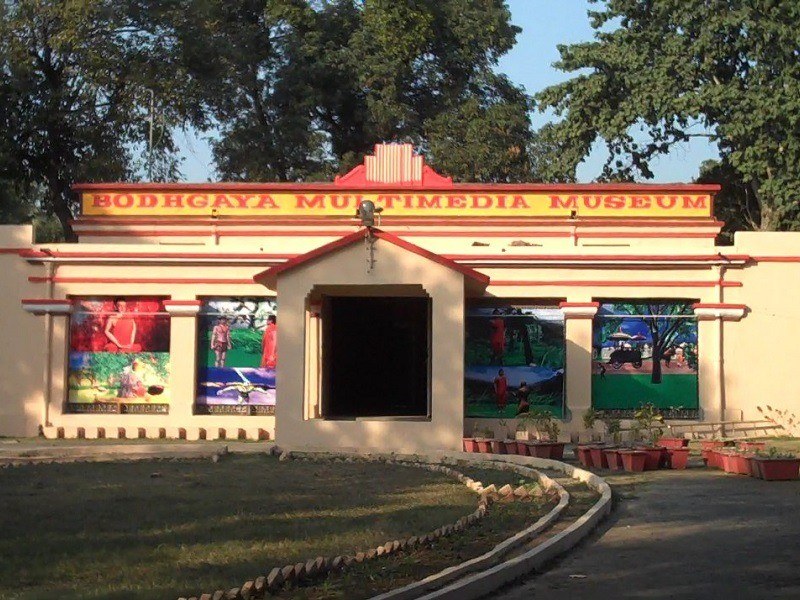 Place Location: Next To The Mahabodhi Temple

At a distance of 500 m from Mahabodhi Temple, and 2 km from Bodhgaya Bus Station, Prachin Bharat Multimedia Museum is a museum situated next to the Mahabodhi Temple in Bodh Gaya, Bihar. It is one of the important museums in Bodhgaya, and among the interesting places to visit in Bodhgaya.

The museum was established to provide a glimpse into the historical life of Gautam Buddha in the most interesting way possible. The museum educates visitors with lucid animated films as well as audio-visual presentations which trace the history of the Mahabodhi Temple from its inception by Emperor Asoka to its gradual decay and its new lease of life given by the Sri Lankan pilgrim who single-handedly wrested control from the Shaivite priests.

The entire show is divided into four sections which are dedicated to different things - 3D animation, historical background, geographical coverage, and thoughts of Lord Buddha. One can also learn more about Prince Siddhartha's ascent into Nirvana, his first sermon, his travels, and finally his death in Kushinagar. The Eight-Fold Path and the Middle Path are brought to life through these animated snippets. It also includes content on his teachings and all of this is presented in the form of multimedia and 3D animation movies. This is a good opportunity especially for children to grasp the intricacies of Buddhism and its gentle founder that still lives on in the lives of millions across the world.