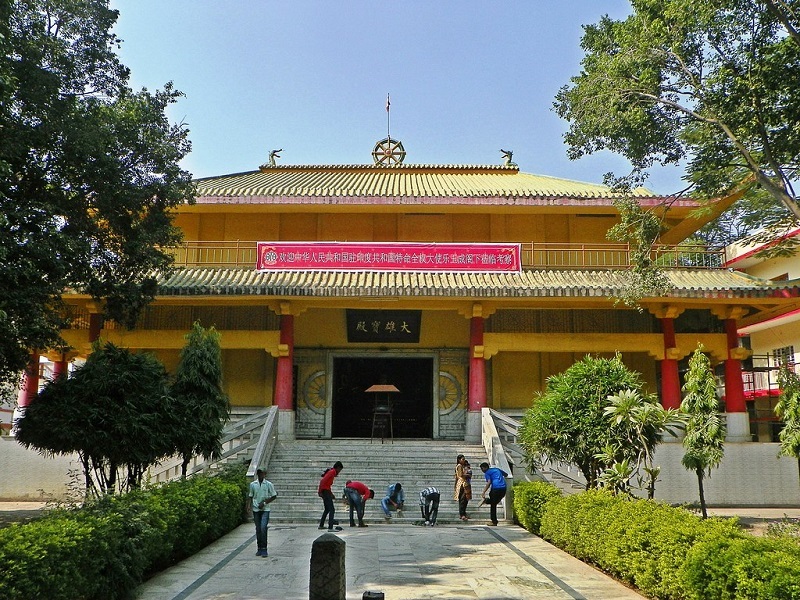 At a distance of 1 km from Bodhgaya Bus Station, the Chinese Temple is a sacred Buddhist shrine located in Bodhgaya, Bihar. Situated just opposite to the entrance of the Mahabodhi Temple complex, it is one of the many temples in Bodh Gaya and among the must include places in Bodh Gaya Packages.

The Chinese Temple is a spectacular Buddhist temple built by Chinese-Buddhist monks in collaboration with the government of China in 1945. It was renovated in the year 1997. The architecture of the temple is an amalgamation of the beautiful Indian and Chinese designs, especially the temple exterior, which resembles a Chinese monastery. The temple houses a 200-year old Buddha statue which was brought from China and erected as a sacred shrine. Apart from the main shrine, the temple boasts three beautiful golden statues of Lord Buddha that are the primary attractions of this place.

Another attraction to the temple is the rich and detailed travelogues drawn by Chinese religious scholars who traveled to India for the pursuit of spirituality and wisdom. Buddha Jayanti is one of the most important festivals celebrated here every year to commemorate the birth of Lord Buddha that lures thousands of monks and followers of Buddha from across the globe.