Often called as the Land of Temples, Tamil Nadu is one place in South India which is blessed with more than 33, 000 temples. Of these, some temples are grandest and most revered temples in whole India and also among the best places to experience Tamilnadu Tourism. Most of the temples in Tamilnadu are built in honour of Shiva, Vishnu and their consorts. These temples have been a source of reverence for believers throughout the world. Built during historic and medieval times, a trip to these temples provides you with a deep insight into brilliant architectural, sculptural and artistic skills of artisans of the bygone era. These temples also showcase the opulent and lavish tastes of successive dynasties be it Pallavas, Cholas or Nayakas. Besides being timeless architectural wonders, these temple towns reverberate with a divine energy that draws thousands of pilgrims throughout the year. 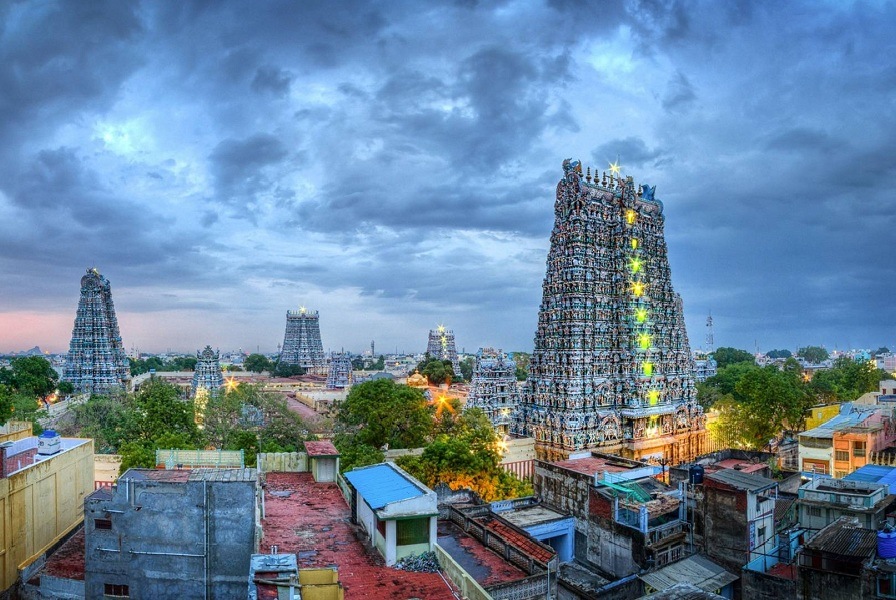 Fondly called as the ‘Athens of the East’, the ancient city of Madurai is beautifully situated on the banks of river Vaigai. This historic town is home to the iconic temple of Sri Meenakshi Amman Temple. Dedicated to Goddess Parvati and Lord Siva, the temple is one of the biggest and most popular temples of India and also one of the top pilgrimage places to visit in Tamilnadu. It is considered an architectural marvel and was shortlisted as one of the top 30 nominees for New Seven Wonders of the World. Madurai is one of the popular destinations to visit as part of Rameswaram Tour Packages.

The temple was built by Kulashekara Pandya of Pandya dynasty and was substantially expanded to the current structure during the reign of Nayaka rulers. Built over an area of 45 acres, the temple consists of four entrance gates, 14 towers, several mandapams and nearly 4000 monolithic pillars. The corridors and pillars are adorned with wonderful artwork of bygone era. It is customary to offer prayers to goddess Meenakshi before visiting Lord Shiva. The annual 10-day Meenakshi Tirukalyanam held in April and May, attracts 1 million visitors from all parts of India. Along with Meenakshi Temple, Thirumalai Nayak Mahal & Koodal Alagar Temple are other important places to visit in Madurai. Explore Tamilnadu tour packages offered by Trawell.in. 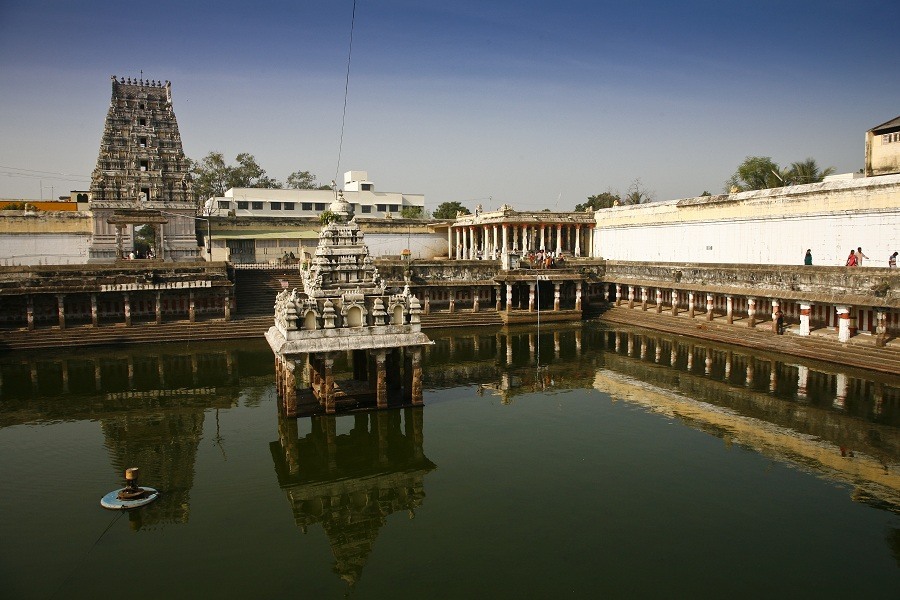 Often referred to as the “City of a Thousand Temples”, Kanchipuram is a popular temple town in the South Indian state of Tamilnadu. The town is known for its temples and beautifully woven silk sarees. Renowned as one of the oldest cities in India, Kanchi served as the capital of Pallava dynasty, and most of the known temples were built during their reign. The city is home to the famous Kanchi Kamakshi Temple, which is the highly revered abode of Kamakshi – consort of Lord Shiva. Kanchi Temple is one of the most famous South Indian temples and also one of the major religious places to visit near Chennai.

Apart from Kamakshi Amman Temple, Varadharaja Perumal Temple, Kailasanathar Temple, Karchapeshwarar Temple and Ekambaranatha Temple are the popular places to visit in Kanchipuram. The temples of Kanchipuram are built in the Dravidian style of architecture and display amazing stone carvings. The Kailasanathar Temple is known for its magnificent architecture. Spanning 40 acres, the Ekambaranathar Temple is the highest, largest and most impressive temple in the town. Kanchipuram, Mamallapuram, and Chennai are often referred to as Tamil Nadu’s Golden Triangle for tourists. 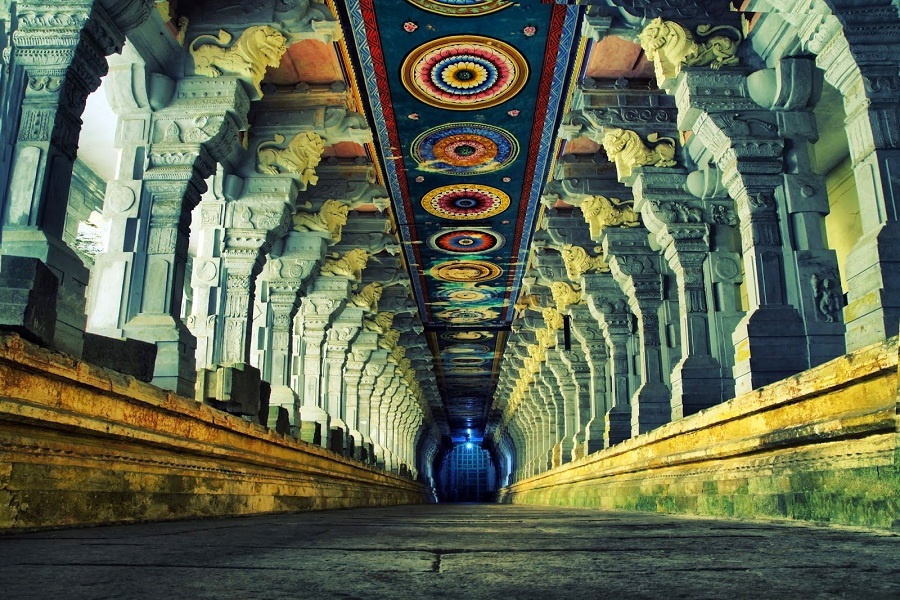 Rameshwaram is a peaceful little pilgrim town situated on the Pamban Island in Ramanathapuram district of Tamil Nadu. Home to Sri Ramanatha Swamy Temple, it is one among the holy Char Dhams for Hindus across the world and one of the top pilgrimage places in Tamilnadu. Dedicated to Lord Shiva, Rameshwaram Temple is one of the most famous Shiva shrines in India and also one of the top places to visit in Rameshwaram. According to the legend, Rameshwaram is the place where Lord Rama, built a bridge across the sea with the help of vanaras to rescue Sita from the demon king Ravana. This is also the place where Lord Rama worshipped Lord Shiva to cleanse away the sin of killing Ravana, who was a great Brahmin and scholar. Rameswaram is one among the popular pilgrimage places to visit as part of Madurai Tour Packages.

Built during 12th century CE by the Pandya rulers, Ramanatha Swamy Temple stands as an epitome of Dravidian architecture and is renowned for its magnificent corridors and massive sculptured pillars. The third corridor of Rameshwaram Temple is the longest one in the world and it also happens to be one of the 12 Jyotirlinga temples. Agnitheertham, Gandamadana Parvatham, Dhanushkodi, Kothandaraswamy Temple and Erwadi are the popular places to visit in Rameshwaram. Rameswaram is often considered as Varanasi of the South and is second only to Varanasi itself. However, a pilgrimage to Varanasi is not considered complete without a trip to Rameshwaram. It is also one of the most popular places of pilgrimages in South India. 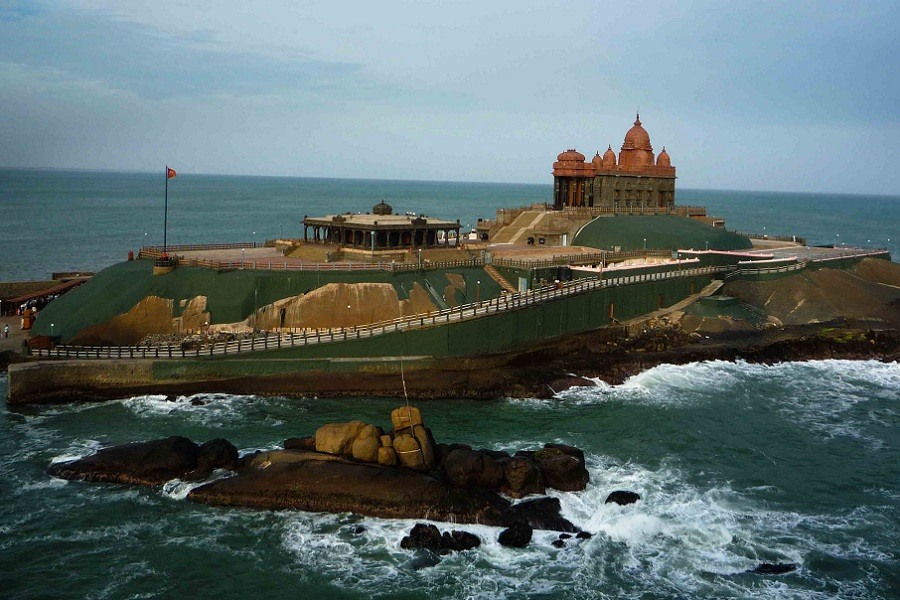 Situated at the southernmost tip of the Indian mainland, Kanyakumari is a coastal town in Tamil Nadu and has been a great center for art & culture for centuries. Also known as Cape Comorin, this small town is also famous for Kumari Amman Temple. Considered as one of the Shakti Peethas, the Kumari Amman Temple attracts huge number of devotees every year. This is one of the best places to visit in South India and also one of the popular places of Pilgrimage in Tamilnadu not to miss in a South India packages.

Kanyakumari has great natural beauty as it is situated at the confluence of Bay of Bengal, Arabian Sea and Indian Ocean. It is the only place in India where one can enjoy the unique spectacle of Sunset and Moonrise simultaneously over the sea on full moon days. The Vivekananda Rock Memorial, Gandhi Memorial, Thiruvalluvar Statue, Padmanabhapuram Palace, Suchindram, Vattakottai Fort, St Xavier’s Church and Udayagiri Fort are the top places to visit in Kanyakumari. The Chaitra Poornima Festival and Navratri are the major festivals celebrated in Kanyakumari with great pomp and fervor. 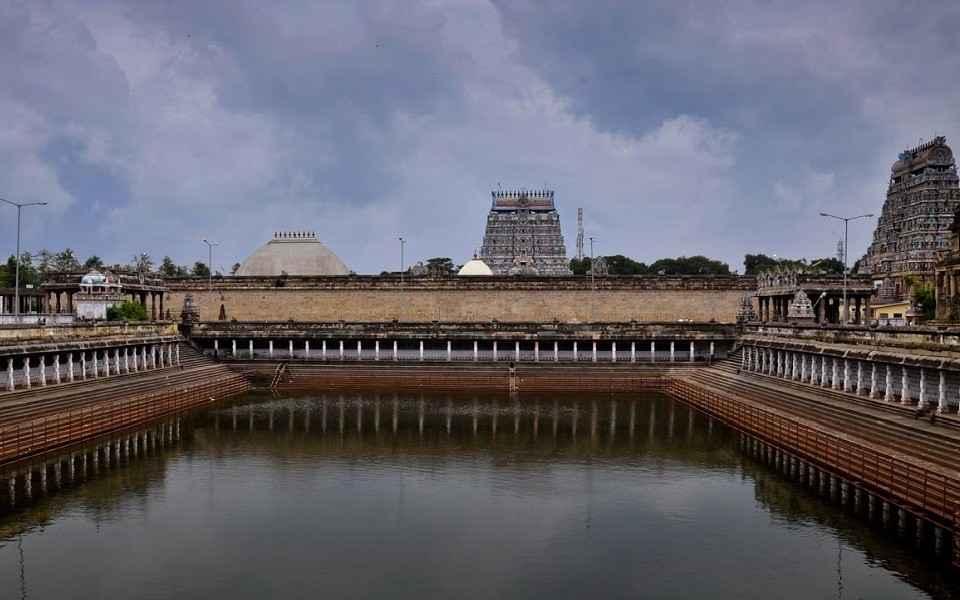 Nataraja Temple has great religious as well as historic and cultural significance. This is one of the Panchabhoota Stalas signifying the five elements of wind, water, fire, earth and space. Lord Shiva is worshipped here in the form of Akasha Lingam, an embodiment of Shiva as the formless Space. Thillai Kaali Amman Temple, Pichavaram, Sattanathar Temple, Kollidam (river) and Poompuhar are the top places to visit in Chidambaram. Brahmotsavam and Natyanjali Dance Festival are the major festivals held in Chidambaram.