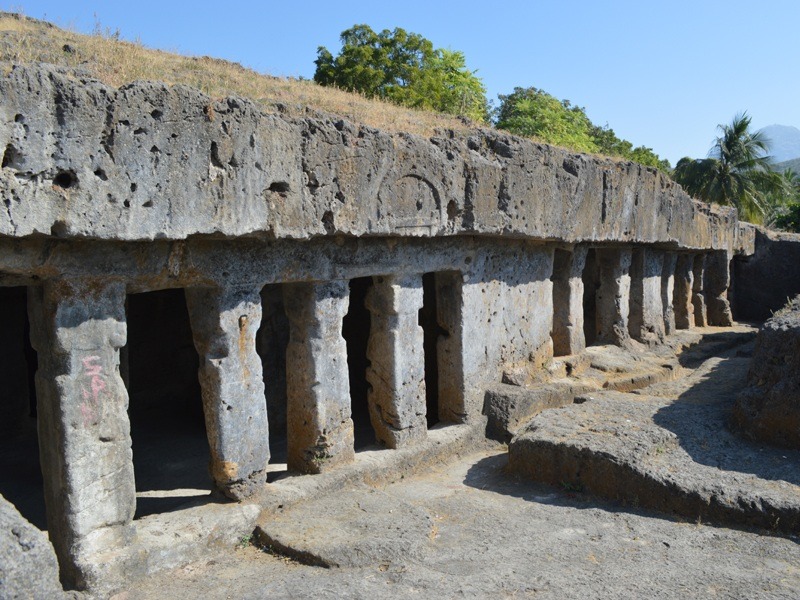 At a distance of 1 km from Upperkot Fort and 2 km from Junagadh Junction, Baba Pyare Caves are an ancient Buddhist caves situated in Mullawada locality of Junagadh in Gujarat. These are the part of Junagadh Buddhist Caves and among the prime Junagadh Tourist Places for history lovers.

Junagadh Buddhist Cave Group consists of three separate sites namely Khapra Kodiya Caves, Baba Pyare Caves and Upperkot Caves. Baba Pyare Caves are situated below the Southern walls of Uperkot Fort. Scholars believe that these caves were constructed during the Satavahana regime in 1st - 2nd century AD as the architecture of the caves show the influence of Satavahanas and Graeco-Scythian periods.

This group has 13 caves and was carved in 45 meters long. These caves are arranged in three lines. The first line on the north, the second line on the south and the third line runs back of the second line. The northern part of Baba Pyare Caves contains four caves. The south eastern group of Baba Pyare Caves has 'Chaitya' and spacious court for meditation. These caves contain artworks of both Buddhism and Jainism as these were initially built for Buddhist monks and were in a later period occupied by Jain ascetics.