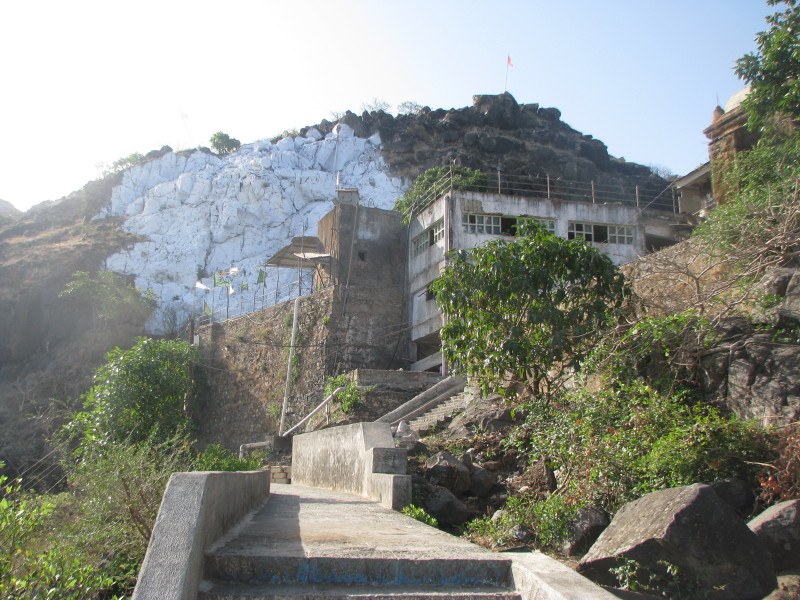 At a distance of 8 km from Junagadh Junction, Datar Hill is holy site in Junagadh city of Gujarat. Situated opposite to Girnar Hills, it is one of the popular places of pilgrimage in Gujarat and amongst the most visited sites in Junagadh.

Situated at an altitude of 2,779 feet, Datar Hill is one of the five principle peaks of Mount Girnar. Also known as Guru Dattatray or Dattatri, it is a popular religious place in Saurashtra region as it houses the shrine of Jamiyal Shah Datar. The dargah at the bottom of the hill is the tomb of a Muslim saint Jamal Shah Datar. It is ornately carved and crowned with a large onion dome and small minarets in a style similar to maqbara, the mausoleums of Nawabs of Junagadh. The shrine is visited by sufferers of leprosy in hope of a cure.

There is also a small shrine on the summit of the hill associated with the saint. One has to climb 3,000 steps to reach the shrine from Wellington Dam, which was built over the Kalwa River by the British. The place is truly scenic during monsoon as tiny waterfalls cascade down the hills. Visitor can also visit Koyala Vajir Temple and Digambar Jain Bhagwan Neminath Temple while on their way to the summit. From summit, one can have a spectacular view of the town below.

Also known as Upla Datar, the shrine is popular for its 5 days Urs festival celebrated here every year with great pomp and show. At least 3 lakh devotees of both Muslim and Hindus visit the Datar shrine during these five days, which symbolizes the true Indian secular culture and traditions. Muslims offer chadar at the shrine, while Hindus perform their puja. During the first night of Urs, all ornaments of the shrine, which are kept inside a cave throughout the year are brought out for public display for 'darshan' just for one night.