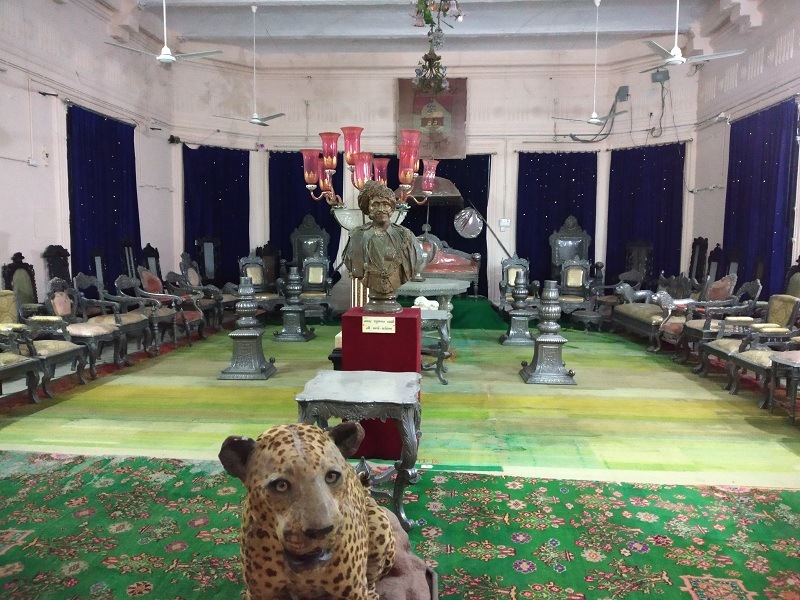 At a distance of 2 km from Junagadh Junction, Darbar Hall Museum is a historical museum situated in Sardar Baug area of Junagadh in Gujarat. It is one of the finest museums in Gujarat and among the prime Junagadh Tourist Places.

Also known as Junagadh Museum, the Darbar Hall Museum was founded in the year 1964. The museum was initially a courthouse used by the then Nawabs of Junagadh state where cases were heard. The museum provides the tourists an opportunity to have a glimpse at the glory and grandeur of the Nawabs of Babi dynasty who have ruled Junagadh till India's independence. The majority of the exhibits in the museum date back to the 19th century.

The most important gallery of the museum is the Darbar Hall which is a period room representing the royal assembly hall of the ex-rulers of the old Junagadh state. It has put on display the then 'Darbar' in its original setting so that people may get an idea of the royal court and assembly hall of the pre-independence period. The museum is also noted for its collection of royal arms in Weapons Gallery. In this gallery, one can see different categories of daggers, swords, knives, Fine arms, spears, shield decorated with gold, precious and semiprecious stones.