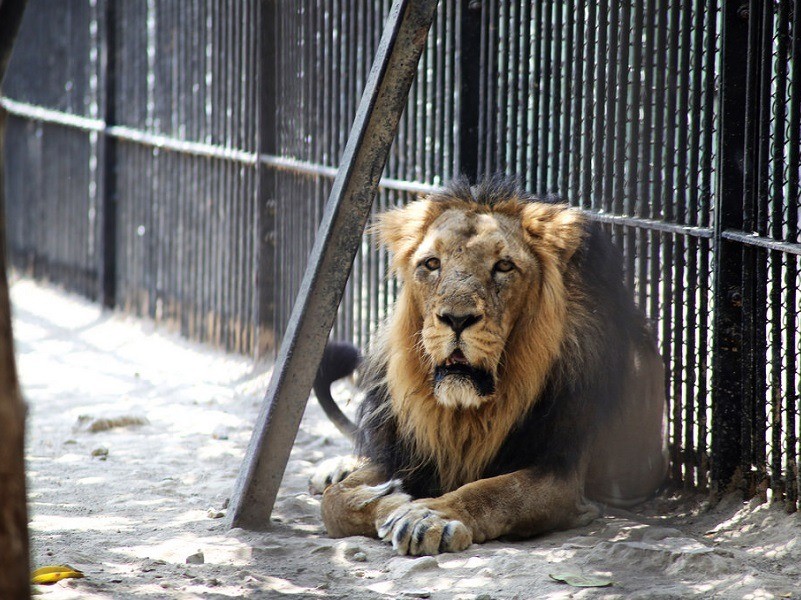 At a distance of 2 km from Junagadh Junction, Sakkarbaug Zoo is a massive zoo park situated in the Dolatpara locality of Junagadh. Also known as Junagadh Zoo, it is the second oldest zoo in India and among the must include places in Junagadh sightseeing packages.

The Sakkarbaug Zoo was established in the year 1863 AD by the Babi Nawabs of Junagadh state. Spread over an area of 490 acres, it is the fourth biggest zoo in India and the oldest zoo in Gujarat. The Nawabs of Junagadh has set up this zoo for saving the Asiatic Lions, as those days hunting among Nawabs and the princes from nearby areas were most common. The zoo provides purebred Asiatic lions for the Indian and the international endangered species captive breeding program for the critically endangered species.

Considered one of the prime Junagadh tourist attractions, the zoo authorities are famed for having wild and free moving Asiatic lions that have been wiped out from most of Asia and are nowadays found only in the nearby Gir Forest. Apart from the Asiatic lions, the Junagadh Zoo is home to 700 mammalian species, 115 reptiles, and 200 hundred birds. Chowsingha or the four-horned antelopes, Indian Leopards, chital, sambar, blackbucks, black panther, hippopotamus, Bengal tiger, elephant, spotted deer, flying squirrel, monkey, etc. are the main animal species found in the zoo.

In 2009, Sakkarbaug Zoo turned into the main zoo in India to hold African cheetahs when it exchanged three of its lions with a Singapore zoo for two sets of cheetahs. In 2011 the zoo received Indian gaur, Malabar giant squirrels, marmosets, and green pheasants from Mysore Zoo in exchange for a pair of Asian lions. Besides, there are different types of birds like Malabar Pheasant, red-breast partridge, geese, swan, duck, and much more.

In 2003, the zoo management inaugurated a natural history museum in a large hall in the veterinary hospital. The museum opened with the skeletons of two Asiatic lions, as well as panther, deer, wild boar, antelope, blackbuck, blue bull, and spotted deer. Eggs, beaks, and feathers of various birds were also on display. The museum organizes seminars and travel sessions regularly for the benefit of the tourists.