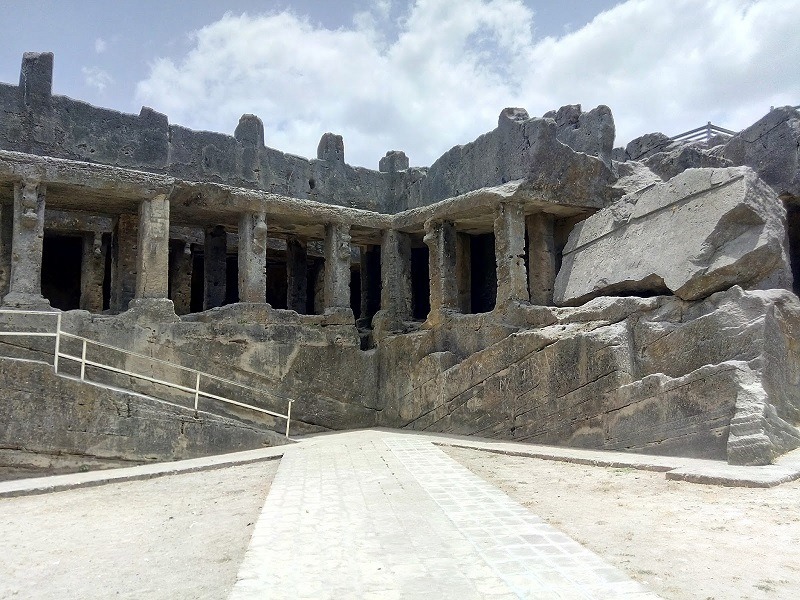 Place Location: To The North Of Upperkot Fort

At a distance of 2 km from Junagadh Junction, Khapra Kodiya Caves are the ancient caves situated in Junagadh, Gujarat. Located to the north of Upperkot Fort, these are the part of Junagadh Buddhist Caves and among the prime Junagadh Tourist Places for history buffs.

The Khapra Kodiya Caves are the oldest caves in Junagadh Buddhist Cave Group which includes Baba Pyare Caves, Upperkot Caves and Khapra Kodiya Caves. The caves are dated to 3rd-4th century BCE during the Emperor Ashoka's rule and are considered the earliest monastic settlement in the area. Also known as Khangar Mahal, these caves were carved into living rock and are the plainest of all the caves in the group.

The caves were carved out in an east-west longitudinal ridge. There are two main components in this cave complex - one is the western wing that houses water tanks and the second is an L-shaped wing where the monks used to take shelter during monsoons. After many years of use, they were abandoned as water seeped into the living quarters due to cracks on the ceiling and became unusable. Many accounts say that after this, the monks left for Maharashtra, where they carved many similar and more elaborate structures.

Khapra Kodiya was damaged by later quarrying, and now tourists can only see the top storey.