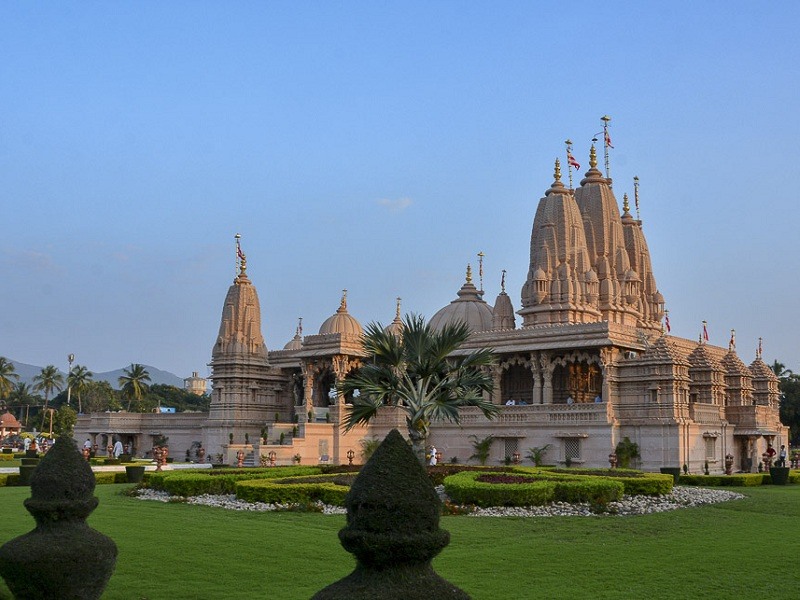 At a distance of 4 km from Junagadh Junction, Shree Swaminarayan Temple is a revered Hindu temple situated at the Dipanjali locality of Junagadh. It is one of the important BAPS Mandirs in Gujarat and among the top Junagadh places to visit.

On May 1, 1828 AD, Swaminarayan himself installed Shri Ranchhodrai and Trikamrai in the inner sanctum, Radharaman Dev, and Harikrishna Maharaj in the eastern wing and Siddheswar Mahadev, Parvati, Ganesha, and Nandishwar in the western side. The Mughal Subba Bahadur Khan paid a personal visit to the place on this occasion. Swaminarayan appointed Gunatitanand Swami as the first mahant, who served in this role for over 40 years.

The Swaminarayan temple has a circumference of 278 feet and has great architecture with 5 spires and many sculptures. The mandir was built with the pink stone of Rajasthan. The ambiance of the Mandir is very serene and peaceful, surrounded by trees and lush greenery and hills add to the divinity of the Temple. For spiritual individuals who are ardent in following and praying in front of God, this place is nothing short of heavenly bliss.