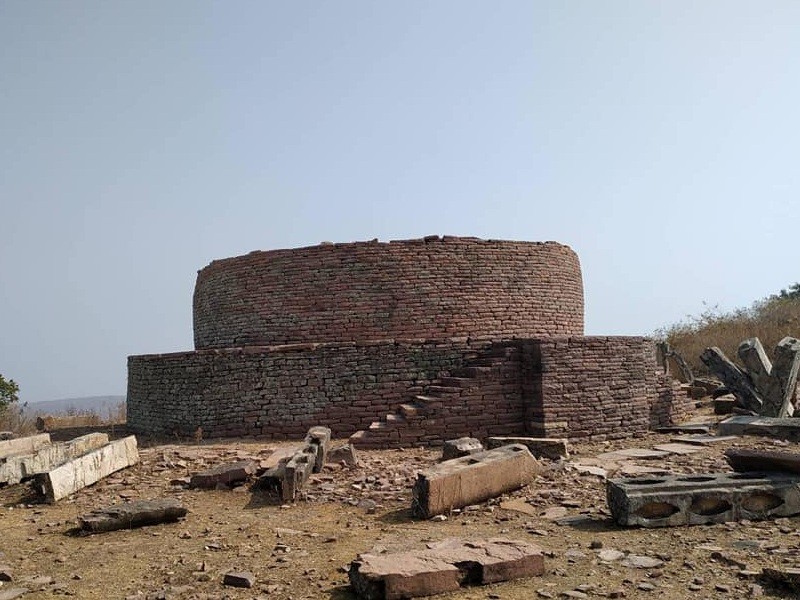 At a distance of 13 km from Murel Khurd, and 30 km from Sanchi, Andher is an archaeological site of an ancient monastic complex of Buddhist stupas in Madhya Pradesh. It is one of the must include places in Buddhist Circuit in Madhya Pradesh, and among the top places to visit near Sanchi.

As the Buddhist community flourished around Sanchi, new settlements of worshippers appeared in the region. Although these settlements had a physical and spiritual link to Sanchi, they also built their own stupas and monasteries. There are four groups of stupas surrounding Sanchi within a radius of 20 km - Bhojpur / Murel Khurd and Andher to the southeast, Sonari to the southwest, and Satdhara in the west. Further south, about 100 km away, is Saru Maru.

The Andher Stupas are a group of three stupas perched atop a hill near Karhod village in Raisen district of Madhya Pradesh, India. The site overlooks the magnificent Murel Khurd Stupas or Bhojpur Stupas. The Stupa No. 1 is dated to about 150 BCE and is the largest of the 3 stupas. This stupa has a railing that now has the remains of a barrier of stone surrounding it. Stupas No. 2 and No. 3 have inscriptions in the Brahmi script with the names of the same monks whose relics were found in Sanchi Stupa No. 2 and Sonari. Just like other Buddhist sites, stupas here also revealed the inscribed relic caskets but surprisingly all were empty.