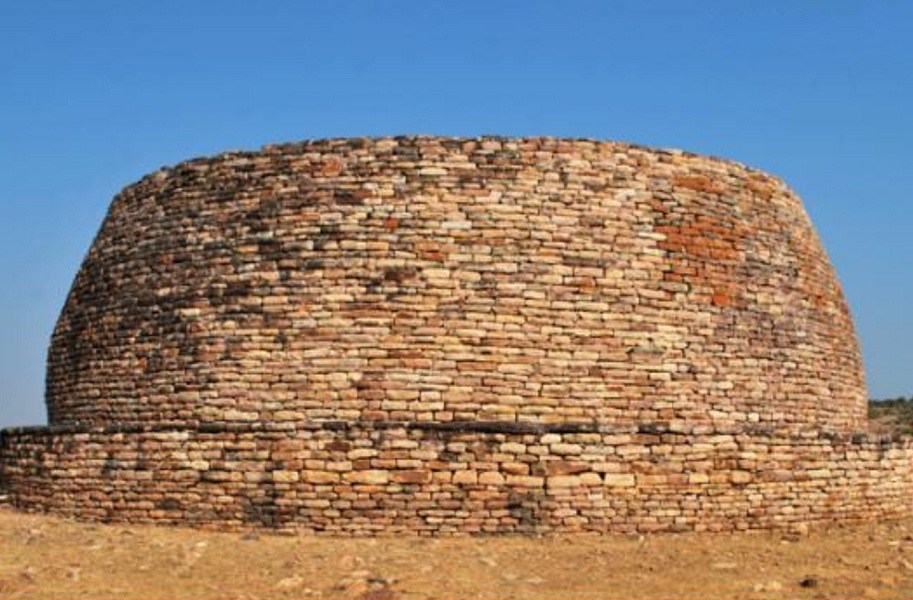 At a distance of 19 km from Sanchi, Murel Khurd is an archaeological site of an ancient monastic complex of Buddhist stupas in Madhya Pradesh. Also known as Bhojpur Stupas, it is one of the must include places in Buddhist Circuit in Madhya Pradesh, and among the top places to visit near Sanchi.

As the Buddhist community flourished around Sanchi, new settlements of worshippers appeared in the region. Although these settlements had a physical and spiritual link to Sanchi, they also built their own stupas and monasteries. There are four groups of stupas surrounding Sanchi within a radius of 20 km - Bhojpur / Murel Khurd and Andher to the southeast, Sonari to the southwest, and Satdhara in the west. Further south, about 100 km away, is Saru Maru.

The Bhojpur Stupas, also called Murelkhurd Stupas are a group of about 37 stupas located at Bhojpur (Pipalia) near Murelkhurd on the top of a hill. All these stupas were discovered in the 19th century by Major Cunningham. The biggest stupa at the site has a 2.3 m hemisphere. The center of the stupas was hollow to accommodate small relics, and the stupa would have been wearing an umbrella. These stupas probably date from the 1st century BCE.

The stupas have had adorned relic caskets with relics of Buddhist educators and senior disciples. One of the reliquaries is made of rock crystal and comes in the form of a Buddhist stupa. Rock crystal, a material of extreme purity, was often used to make containers for sacred relics. This reliquary was found in the room of relics of Stupa 2 during the excavations in 1851 by Alexander Cunningham and FC Maisey, who in most cases carried the reliquaries to England. The complex also has two Buddhist temples. One of the temples was found with a Buddha figure.