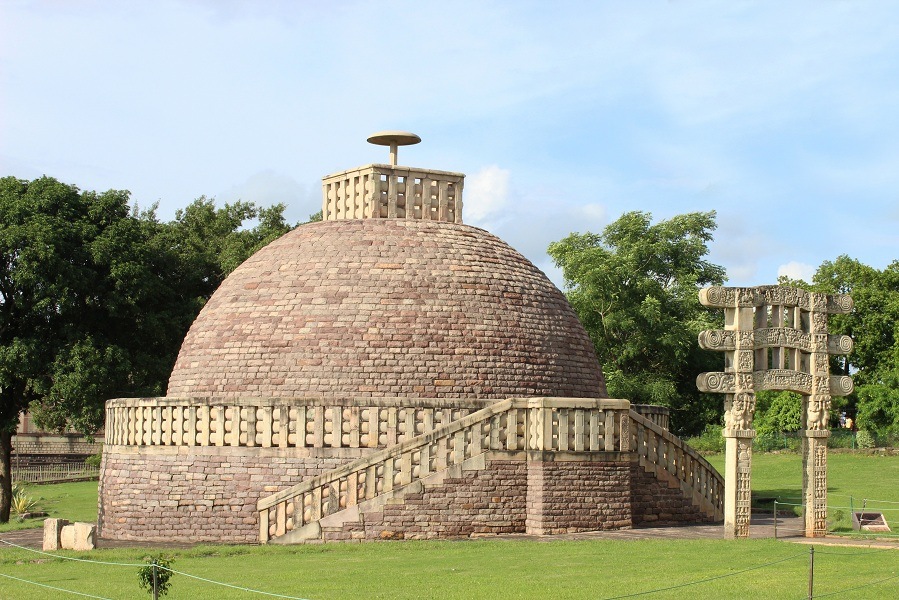 At a distance of 1.5 km from Sanchi Railway Station, Sanchi Stupa 3 or Stupa No.3 is a Buddhist stupa located in Sanchi, Madhya Pradesh. It is one of the Buddhist monuments in the historic site of Sanchi and among the top Sanchi tourist places.

Stupa 3 is located just 100 m north of the Great Stupa, and in the 2nd century BC during the time of the Shunga rule complete with the staircase and the balustrade. As the diameter of its pedestal is about 15m, its scale is nearly the same as Stupa 2 as a whole. It is similar in design to the Great Stupa, though smaller, with a single, rather fine gateway. However, the outer wall has been lost and there remains no more than the South Torana among those of the four cardinal points at present.

The Stupa 3 has a crown on the hemispherical dome which has special religious importance. It has an umbrella made of polished stone. The single torana gateway oriented to the south is not Shunga and was built later under the Satavahanas, probably circa 50 BCE. The reliefs on the railings are said to be slightly later than those of Stupa No. 2.

In the small relic chamber in this Stupa were found two steatite caskets for ashes, on which the names of the foremost of Buddha's ten disciples, Shariputra and Mahamogalana, were inscribed. There were some bone fragments, crystals, amethyst, pearls, and so on inside the caskets. They were moved to London in the 19th century but relics believed to be the same ones were returned in 1952 and are now kept in the Chetiyagiri Vihara.