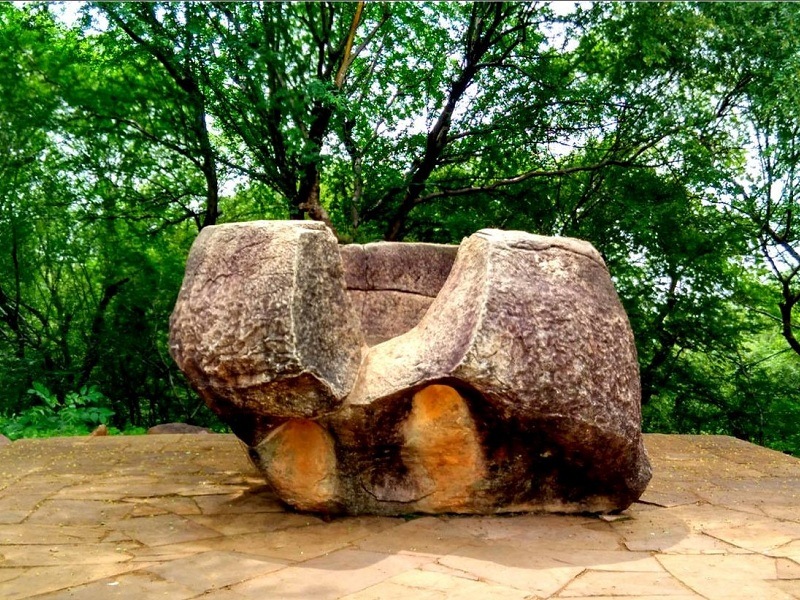 Place Location: Situated On The Way To Stupa No.2

At a distance of 1.5 km from Sanchi Railway Station, Great Bowl & Buddhist Monasteries are among the ancient ruins within the historical site of Sanchi, Madhya Pradesh. Situated on the way to Stupa No.2, it is one of the must include places in Sanchi Tour Packages.

Amongst the various historical monuments which stand tall in Sanchi after centuries of being constructed, the Great Bowl or the Grand Gumbha is a monolithic stone bowl carved from a single huge rock that collected offerings monks received in the Ashokan Era. The Sanchi group of monuments used to house monasteries for a great number of Buddhist monks. At day-end, all the food offerings collected by them used to be poured into this huge stone basin and each was given a portion from it. This was their passage to detachment and community living.

As for Buddhist monasteries, there were seven, one of which is Monastery 51, located in a place situated partway down the hill towards Stupa 2. It has a typical plan with an extensive open courtyard surrounded by cloisters and a range of monk's cells. The lost columns and roofs seem to have been constructed of wood like other monasteries. Monasteries 45 and 47, standing on the eastern ridge of the historical site of Sanchi, date from the transition from Buddhism to Hinduism, with strong Hindu elements in their design. The former has two exceptional sitting Buddhas.