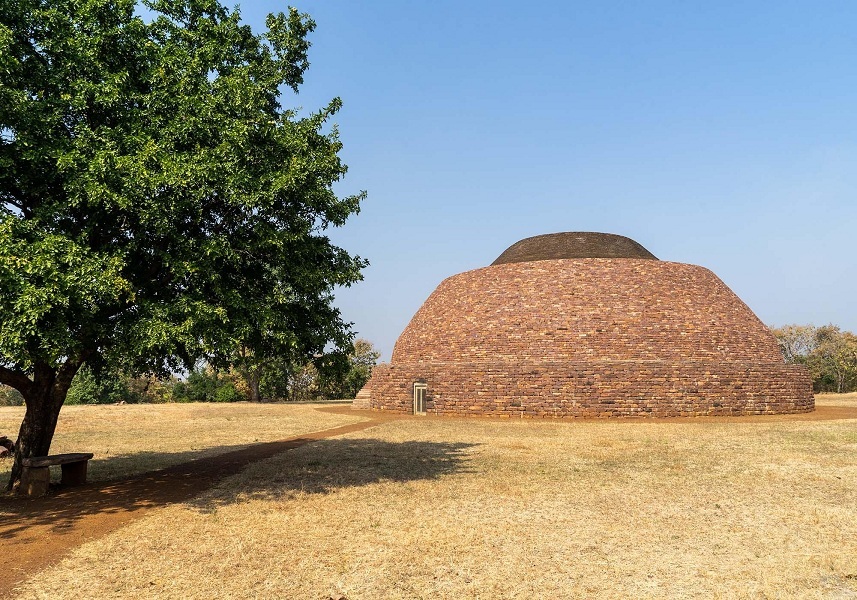 At a distance of 14 km from Sanchi, Satdahara is an archaeological site of an ancient monastic complex of Buddhist stupas in Madhya Pradesh. Overlooking Halali River, it is one of the must include places in the Buddhist Circuit of Central India, and among the top places to visit near Sanchi.

As the Buddhist community flourished around Sanchi, new settlements of worshippers appeared in the region. Although these settlements had a physical and spiritual link to Sanchi, they also built their stupas and monasteries. There are four groups of stupas surrounding Sanchi within a radius of 20 km - Bhojpur and Andher to the southeast, Sonari to the southwest, and Satdhara in the west. Further south, about 100 km away, is Saru Maru.

There are 8 stupas spread across 28 acres of land on the banks of Halali River. The main stupa is almost as large as the Great Stupa of Sanchi and would have also been built during Emperor Ashoka's reign. The main Stupa of the site is similar to that of Sanchi having remains of railings. It is 13.65 m high excluding the platform with a diameter of 32.80 m. Recent excavations have revealed brick pradakshinapatha & staircase of the Stupa.

There are some ruins near the stupa comprising a monastery and temple remains which are collectively called siddh ka makaan which is indicative of Satdhara's most enlightened monks once having lived there.