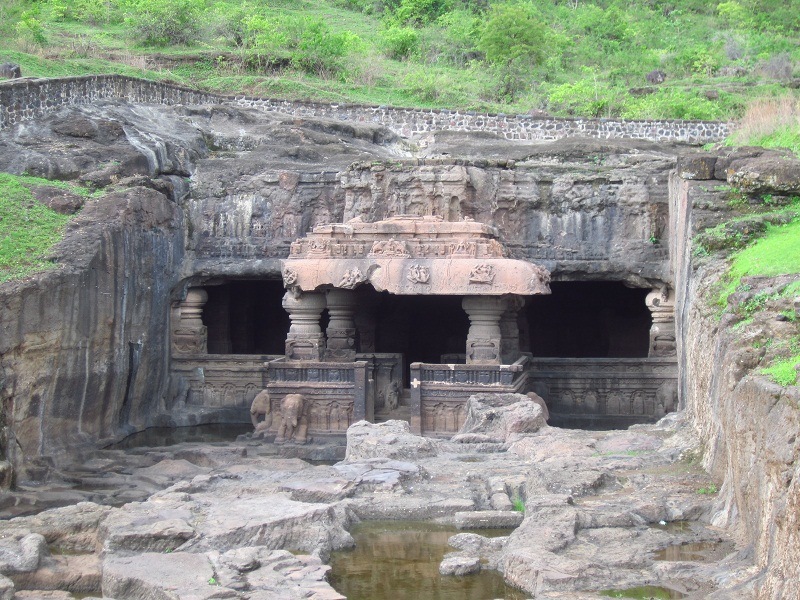 Cave 30 is the first in the series of Jain Caves known as Chhota Kailasa as it is an unfinished version of the stupendous Hindu Kailasa Temple. It resembles Dravidian temple architecture, an important feature of which is the tower (shikhara) in receding tiers. Inside are images of 22 seated Tirthankaras and Mahavira seated on his Lion throne in the shrine. Another interesting sight of the cave is the majestic rock cut elephant, similar to the one found at Kailash Temple.