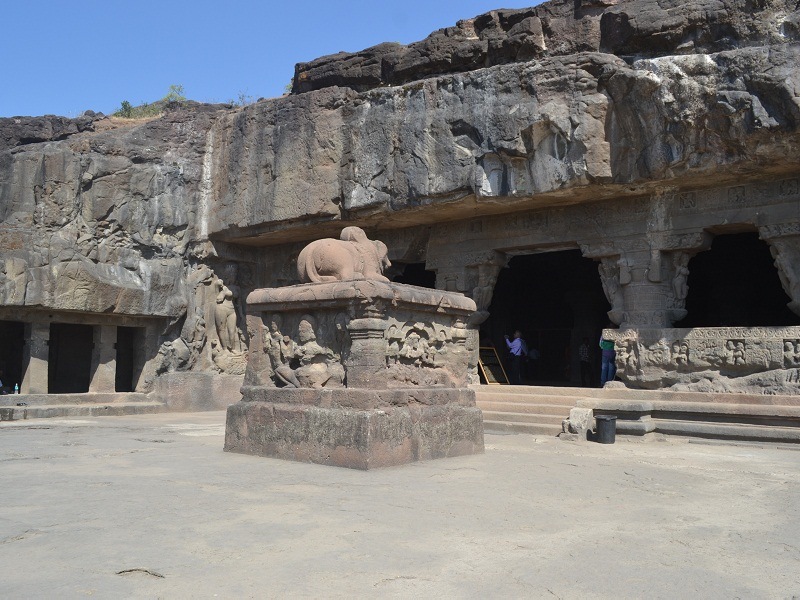 #9 of 21 Places to Visit in Ellora Caves

At a distance of 400 m from Kailasa Temple and 500 m from Ellora Caves Bus Stop, Cave 21, also known as Rameshwara Cave, is located midway between Cave 16 and 29. The Rameshwara Cave was excavated in the late 6th century AD and is supposed to be the earliest among the Hindu Caves at Ellora and also one of the noteworthy caves in Ellora. This cave is famous for the sculptural representations and its unique beauty.

This cave is also dedicated to Lord Siva who was worshipped in the form of linga. A Nandi is placed just in front of the cave over a raised platform. The cave consists of a rectangular mandapa and the sanctum. The mandapa is provided with a dwarf wall which is fully sculpted on the exterior in vertical and horizontal bands. The entrance to the mandapa is flanked by sculptures of River goddesses Ganga and Yamuna. Pillars emerge at regular intervals from the dwarf wall with very beautiful and elegant salabhanjikas.

On either side of the entrance to the shrine are two huge depictions, Ravananugraha murti to its north and Siva and Parvati playing the game of chausar to its south. The entrance doorway of the shrine is very elaborate, divided into different segments, and profusely carved. The entrance is guarded by two dwarapalas, one on each side. The sanctum contains a linga. A circumambulatory passage is scooped out of the live rock for pradakshina.