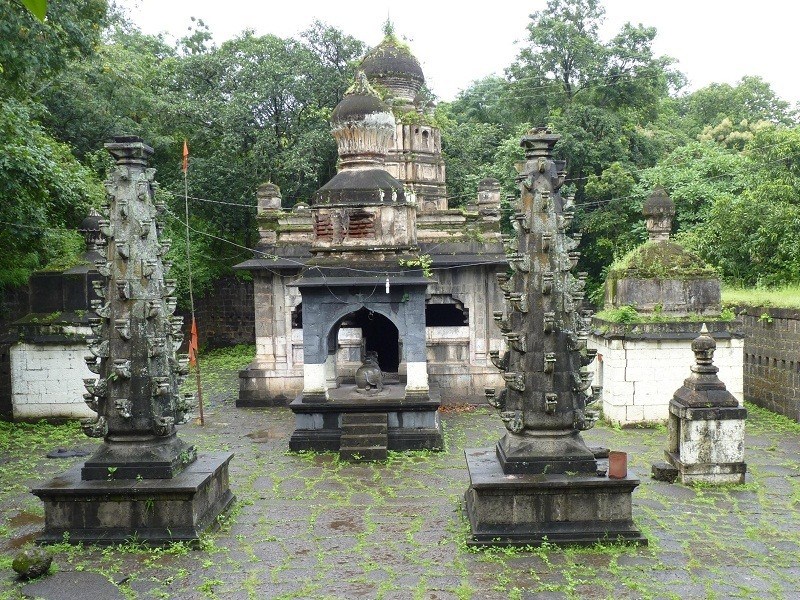 At a distance of 14 km from Satara, 67 km from Mahabaleshwar and 59 km from Panchgani, Pateshwar Temple is an ancient temple situated at Degaon in Satara district of Maharashtra. It is one of the popular places to visit in Satara.

The Shiva temple is one of the major attractions of Pateshwar. Built in 16th century AD, this temple is now in slightly depleted condition but the statues and the carvings are still intact. The inner walls of the temple are decorated with beautifully carved statues. There are also two small temples in the courtyard which are also quite beautiful.

There is also a Shiva Temple which is mostly underground. The temple houses several Shivlingas of different sizes. One of the pillars in the cave temple is decorated with stone carved serpent and small Shivlingas. Outside the temple has a Shivlinga with Trimurti which is made from black stone. There is a mutt known as the Sadguru Govindanandswami Maharaj Mutt and is maintained by a few Sadhus who have been living here for so many years. The temple complex is revered by the people of Satara and its adjoining villages. But they visit this place only during Shivratri and Mondays of the Hindu month of Shravan. Rest of the year, the place is almost deserted.