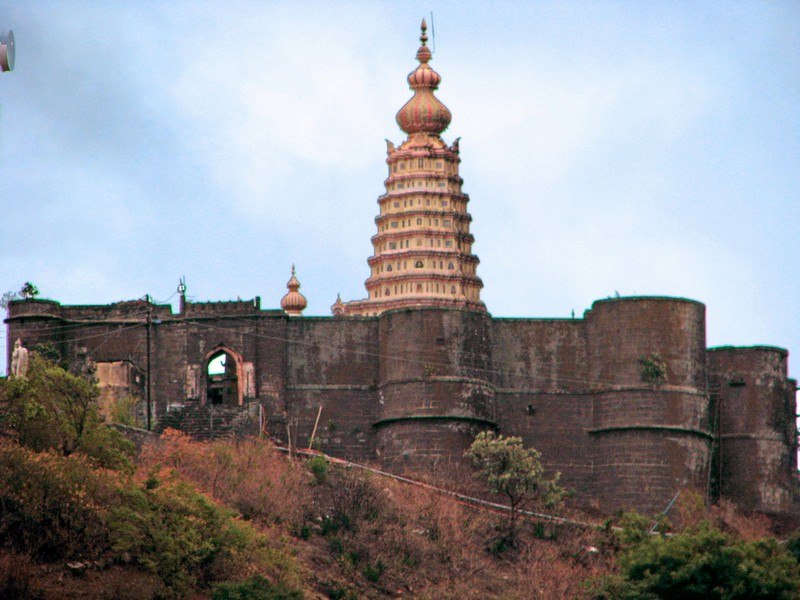 At a distance of 44 km from Satara and 63 km from Panchgani, Yamai Devi Temple is an ancient temple situated on a hilltop at Aundh in Satara distric of Maharashtra. The temple is very much revered in Maharashtra and also one of the top places to visit in Satara.

Yamai Devi is the family deity of many Maharastrian families. The idol of Devi Mahishasur Mardini in black stone is almost 2 meters high in a cross-legged sitting position. The idol has four hands and is carrying gada, arrow, trishul and paan patra.

The town and the temple have been associated with the Pant family for many centuries. The present head of this former ruling family, Gayatridevi Pantpratinidhi, has installed a 7 kilograms (15 lb) solid gold kalash or crown on the pinnacle of the Yamai temple on the hill. Another temple of Devi Yamai is located in the town; apart from the one on the hill.

The temple can either be reached using steps that start at the bottom of the hill. Direct road access is also available to the hilltop. The temple complex also houses Sri Bhavani Museum established from the private collection of the Maharajas of Aundh. The museum holds paintings by noted 19th and 20th century Indian artists such as M. V. Dhurandhar, Baburao Painter, Madhav Satwalekar and Raja Ravi Varma as well as the famous Mother and Child stone structure by the British artist Henry Moore.