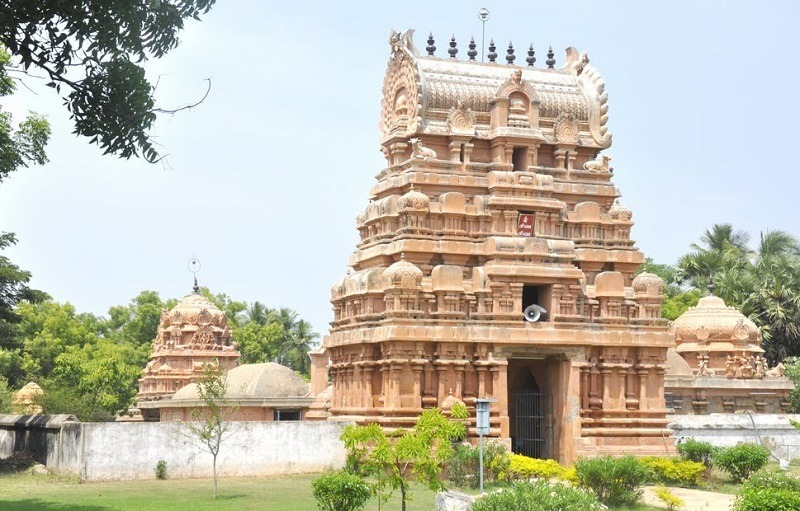 At a distance of 9.5 km from Karaikal, Sri Tantondreeswara Temple is an ancient shrine situated in Nedungadu and is believed to have been constructed during the Chola period. Dedicated to Lord Shiva, this temple is also known as Tantondrinathar Temple.

Sri Tantondreeswara Temple is named after the local deity Nedunthuyar Theertha Nayaki, meaning one who redressed the longstanding grievances of the people, the consort of Tantondrinathar or Swayambhu Eswara. The temple was declared as a protected monument in 1971. The temple features many inscriptions on the outer walls of the sanctum. It is also believed that the temple was renovated by the Nayak Rulers of Thanjavur. Tourists throng to the temple especially during the celebrations of Thiruvadhirai festival and the annual festival at Sri Mariamman Temple.

Several architectural excavations were conducted near the temple site in 1948, 14 Bronze idols belonging to the 14th century were unearthed in the vicinity of this temple. The wide collection found at the site includes idols of Manickavasagar, Pillaiyar, Thirugnanasambandar, Skandan, Uma and Jnanasakti, dancing posture of Lord Shiva or Anandatandavam and Sivakamasundari.