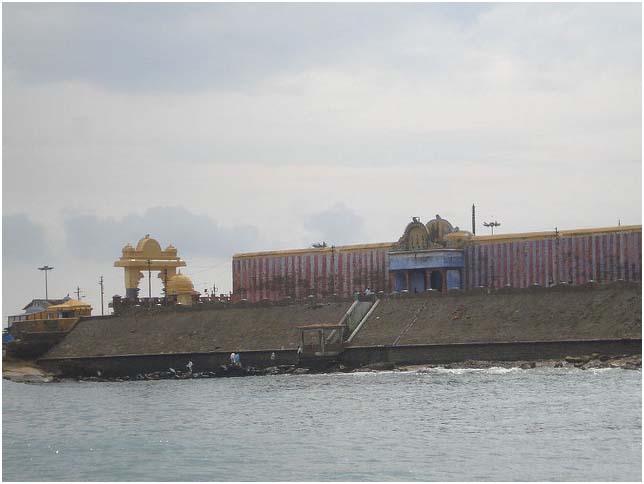 #3 of 20 Places to Visit in Kanyakumari

The temple is dedicated to Devi Kanya Kumari, an adolescent girl child form of Goddess Parvati. The diety is also known as Shree Baala Bhadra or Shree Baala. Kanyakumari Temple is one of the 51 Shakti Peethams. It is believed that the right shoulder and (back) spine area of Sati's corpse fell here creating the presence of kundalini Sakthi in the region. Sage Parashurama is said to have performed the consecration of the temple. This is one of the prime places to visit as part of Kanyakumari tour packages.

The temple is located at the southern tip of mainland India, thereby located on the confluence of the Bay of Bengal, the Arabian Sea, and the Indian Ocean. Kanyakumari Temple is one of the 51 Shakti Peethams. It is believed that the right shoulder and (back) spine area of Sati's corpse fell here creating the presence of kundalini Sakthi in the region.

This temple was built during the rule of the Pandya dynasty. In the sanctum sanctorum of the temple, the panoramic statue of Amman Devi attracts pilgrims. The pure precious diamond scattered in the Natha Nidh spreads its scintillation far and wide. At some distance from this temple are 'Savitri Ghat', 'Gayatri Ghat', 'Sanyu Ghat' and 'Tirtha Ghat'. After bathing on these ghats there is a tradition of Goddess Darshan in the temple.

The Vaisakha festival is celebrated in the Tamil month of Vaikasi where an image of the goddess is taken around town. An image of the deity is held in worship at the Navaratri mandapam throughout the duration of Navaratri.