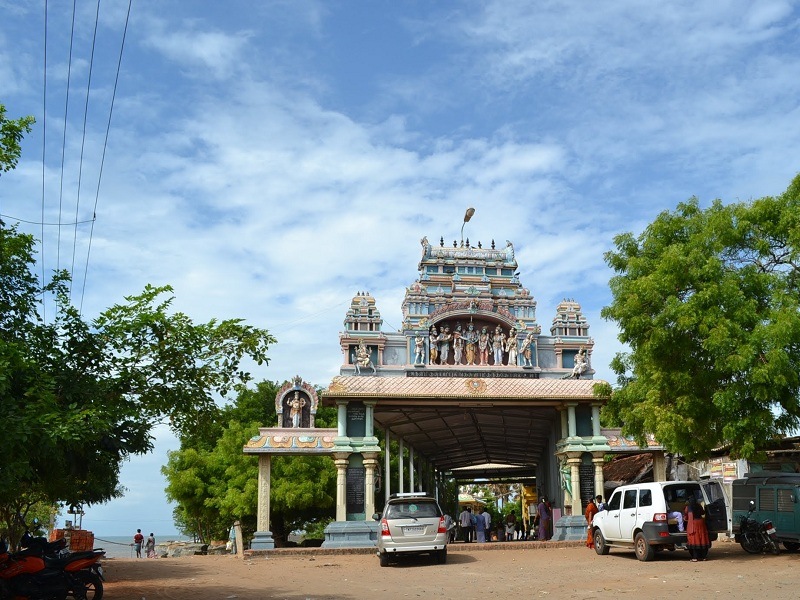 #16 of 20 Places to Visit in Kanyakumari

At a distance of 52 km from Kanyakumari and 70 km from Tirunelveli, Sri Swayambulinga Swamy Temple is situated at Uvari, a beautiful coastal village in Tirunelveli district of Tamilnadu. It is one of the popular pilgrimage places near Kanyakumari and Tirunelveli.

Sri Swayambulinga Swamy Temple is dedicated to Lord Shiva. The main deity is Swayambunathar because he exists on his own. The Goddess in this temple is Brahma Sakthi. There are four springs near the sea shore, all with fine drinking water. The Kadamba tree is considered sacred here.

According to legend, there was a milk vendor who went a certain route every day. And on that route there was a root of the Kadamba tree that was obstructing his path. So one day he decided to cut the root and when he did that, he was taken aback to find blood flowing out of the root. He heard a voice from the sky saying that God was there and that a temple was to be built there. The milk vendor built a temple there with palm leaves and later a stone structure replaced this.

The 3 days Vaikashi Vishakam (May-June), Thai Poosam (January-February), and Panguni Uthiram (March-April) are the festivals that are celebrated here with great pomp and fervor.