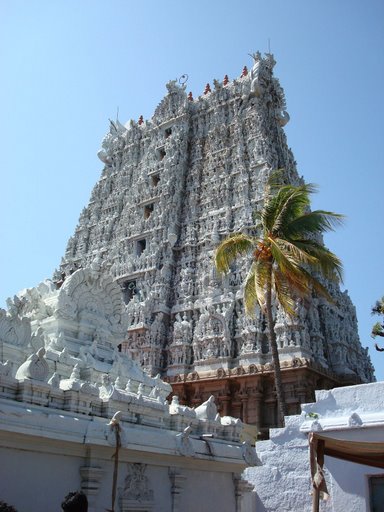 #4 of 20 Places to Visit in Kanyakumari

At a distance of 12 km from Kanyakumari, Suchindram is a holy place located on the bank of the river Pazhayar in Tamilnadu. Situated on Trivandrum - Kanyakumari road, it is one of the famous places to visit during your Kanyakumari trip.

Suchindram is known for the Thanumalayan Temple dedicated to Sri Sthanumalayan. The Thanumalayan Temple is of importance to both Shaivaite and Vaishnavite sects of Hinduism, as the name Stanumalaya denotes Trimurtis; 'Stanu' means Siva; 'Mal' means Vishnu; and the 'Ayan' means Brahma. It is one of the popular places to visit near Kanyakumari.

The present masonry structure was built during the Chola dynasty in the 9th century, while later expansions are attributed to Thirumalai Nayak and the Travancore Maharajas. The temple complex covers around two acres and has two gateway towers known as gopurams. The tallest is the eastern tower, with 11 stories and a height of 44 m. The temple has numerous shrines, with those of Sthanumalayan and that of Hanuman being the most prominent.