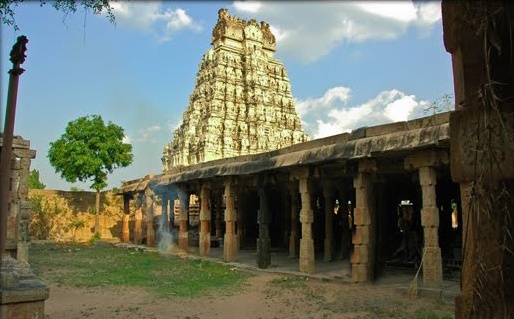 #14 of 18 Places to Visit in Tiruchirappalli

At a distance 20 km from Pudukkottai and 58 km from Trichy, Kudumiyanmalai Shikanathar Temple is a rock-cut shrine dedicated to Lord Shiva situated on a massive hillock. This ancient temple with its unusual inscriptions and prominent sculptures is under the control of the Archeological Survey of India (ASI).

The presiding deities of the temple are Lord Shikhanathar and Goddess Akhilandeshwari. There is a cave temple carved on the foothill of Kudumiyanmalai, locally known as Melaikkovil. The Kuduminatha temple is built around 10th century by the Cholas. It was later extended by the Pandyas and Vijayanagar Kings. The temple has a thousand pillared mandapa. In the mahamandapa, the sculpture of Narasimha tearing out the entrails of Hiranayakasipu captures attention. The Rati and Manmadha figures are noteworthy for their attention to detail. The Siva in dancing posture pose is a masterpiece.

The temple property was auctioned in 13th century, Thiru-k-kaariyaan Magal Umaiyal Nachiar, a temple dancer, bought it and transferred ownership back to the temple. She later built the Soundaravalli Amman temple, near the cave temple. The famous musical inscription describing notations for the seven-stringed musical instrument 'Parivadini' is engraved to the right of the cave temple. The mahamandapa attached with the structural temple has exquisite pillars and portrait sculptures of Nayaka period. There are Jain inscriptions found on the south-western part of the hill.

Maha Shivrathri is the main festival celebrated in the temple (February-March).