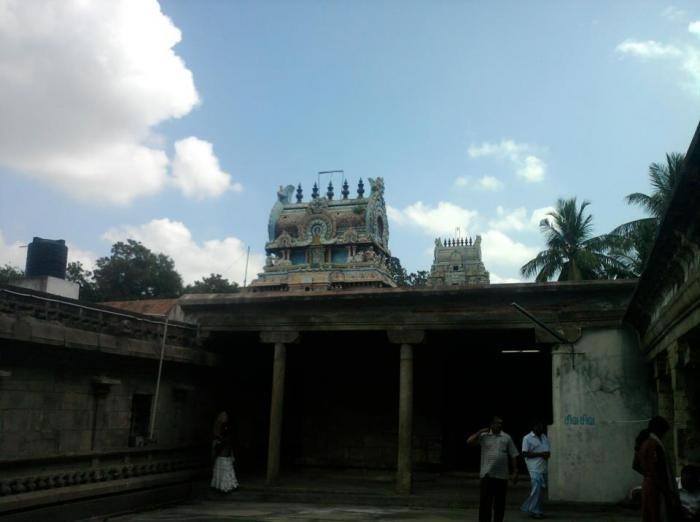 #13 of 18 Places to Visit in Tiruchirappalli

At a distance of 0.5 km from Thirunedungalam Bus stand, 12 km from Thiruverumbur and 25 km from Trichy, Sri Thirunedungalanathar Swamy Temple is a Shiva Temple. Lord Shiva in the temple is a believed to be self incarnated. The Lord here is also called Nithya Sundareswarar. The rays of Sun fall on the presiding deity for three days in Tamil month of Aadi (July/August).

The temple is facing west with its two enclosures with temple tank situated near the entrance. The Shrine of Lord Muruga with his consorts Valli and Deivayani is situated in the complex. At the southern end, shrines of Saptha Kanniyar, Ayyanar, Varadharaja Perumal are situated.

It is believed that worshipping the Lord here for 8 Fridays continuously with lighting ghee lamp improves physical beauty of a person. Lord Siva's consort is called as Mangala Nayagi here with four hands in standing posture facing south. Worshipping her continuously for nine Tuesdays during Rahu Kaalam lighting ghee lamp in lemon provides relief from impediments, diseases and poverty, according to popular belief.