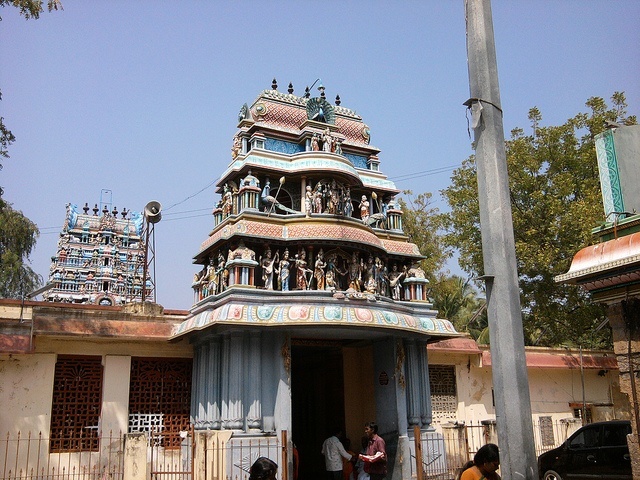 #9 of 18 Places to Visit in Tiruchirappalli

At a distance of 500 m from Vayalur Bus Stand and 10.5 km from Trichy Railway Junction, Sri Subramanya Swamy Temple in Vayalur is one of the famous temples of Lord Murugan in Tamilnadu.

In the sanctum sanctorum, Sri Subramanian along with his consorts Valli and Devayani is seated on a peacock. Behind the main sanctum sanctorum, there is a temple for Lord Shiva. Lord Shiva here is said to be a Swayumbu lingam known as Agniswarar. Adjacent to Agniswarar is the shrine for his consort Sri Adi Nayaki and is known as Munnilai Nayaki. One of the special features about Lord Nataraja idol here is it has both its legs placed on the ground.

According to mythology, Lord Muruga worshipped Lord Shiva here. Lord Muruga created a tank here with his weapon to worship his parents. It is at the place where lord Muruga blessed the saint poet Arunagiri Nathar and also initiated him to compose Thirupugazh.

The temple is surrounded by lush green fields called Vayal in Tamil and hence the name Vayalur. In front of the temple there is a beautiful pond called Sakti Tirtham created by Lord Muruga.