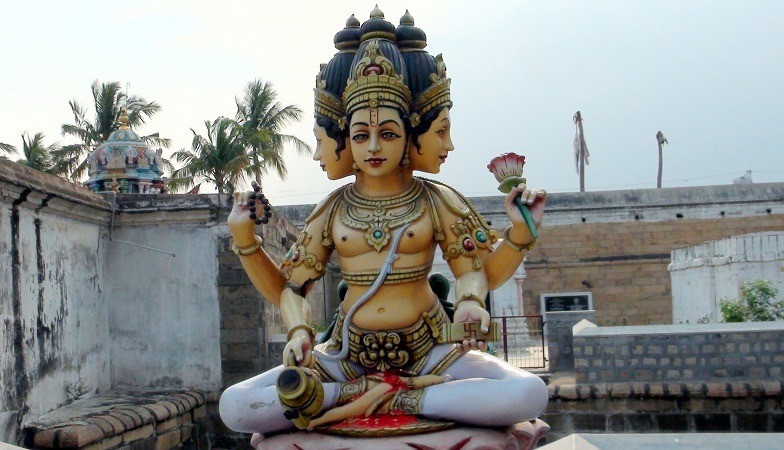 #5 of 18 Places to Visit in Tiruchirappalli

Travel Tips: This place can be visited from Samayapuram (16 km)

At a distance of 35 km from Trichy, Sri Brahmapureeswar Temple is one of the rare temples dedicated to Lord Brahma situated at Thirupattur. While this is predominantly a Shiva temple, it is very closely associated with Lord Brahma. Devotees believed that a person can change his fate by seeking blessings at Brahmapureeswarar Temple.

The presiding deity of the temple is Sri Brahmapureeswarar in the form of a Swayambu Lingam. He is called Brahmapureeswarar since he changed the destiny of Brahma. There are seven enclosures leading to the sanctum. Every year in the Tamil month of Panguni (March-April) for three days, the sunlight falls directly on the presiding deity. It is a miracle that the sun rays cross the seven entrances and fall directly on the lingam.

Goddess Parvathi is worshipped as Brahma Sampath Gowri, situated adjacent to Sri Brahmapureeswarar shrine. There is a separate shrine for Lord Brahma in meditative pose sitting on a lotus. The idol of Lord Brahma is magnificent 6 feet high decorated with Turmeric. The temple complex also has the Jeeva Samadhi of Yogi Patanjali, the author of Yoga Sutras.

According to mythology, Lord Brahma once became very proud that he is the creator of the universe. He felt he was more powerful than Lord Shiva - since he had the power of creation. Seeing his pride, Lord Shiva got angry and destroyed Brahma's 5th head and also cursed him that he would lose his powers of creation. After losing his fifth head and the duty of creation, Brahma realized his mistake. He worshipped Shiva at various places to be relieved from the curse. Lord Brahma installed 12 lingams around the Bramhapureeshwarar site and worshipped Shiva here for very long time. Pleased by Brahma's affections, Shiva gave him darshan under the Magizha tree and liberated him from his punishment.

Brahmotsavam festival, Maha Shivarathri, Kathigai, Navarathri and Vinayaka Chathurthi are the major festivals celebrated here. Mondays and Thursdays are the most favored days for getting darshan.

The Kailasanathar temple is another temple located in Thirupattur, which is around 1 km from Brahmapureeswarar temple. This temple contains the jeeva samaadhi of sage Vyagrapadha.