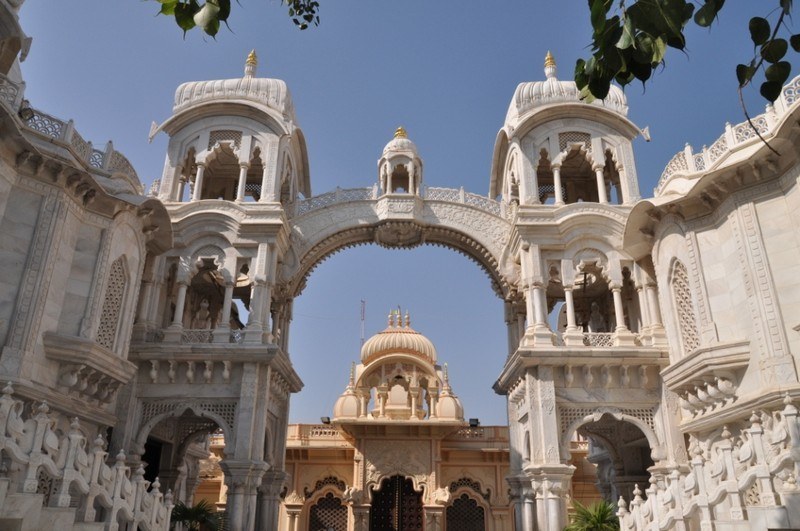 #4 of 14 Places to Visit in Vrindavan

At a distance of 2 km from Vrindavan Railway Station, ISKCON Temple, also known as Sri Krishna-Balaram Mandir, is a popular temple situated in Raman Reti, Vrindavan. This is one of the main ISKCON temples in India. The ISKCON Temple was built in the year 1975 and inaugurated on the auspicious occasion of Ram Navami. The foundation of the temple was laid by Swami Prabhupada, the founder of ISKCON. It was the first temple to be constructed by International Society for Krishna Consciousness (ISKCON).

The beautiful white marbled ISKCON temple has three sanctums. The presiding deity of the temple is of Lord Krishna-Balaram, which is housed under the central shrine of the temple. On the right side are Radha Krishna with Lalita and Vishakha. On the left side is a Murti of Chaitanya Mahaprabhu with Nityananda, and Swami Prabhupada and his spiritual teacher Bhakti Siddhanta Sarasvati Thakura. Krishna - Balaram Mandir enforces one of the highest standards of cleanliness and of deity worship.