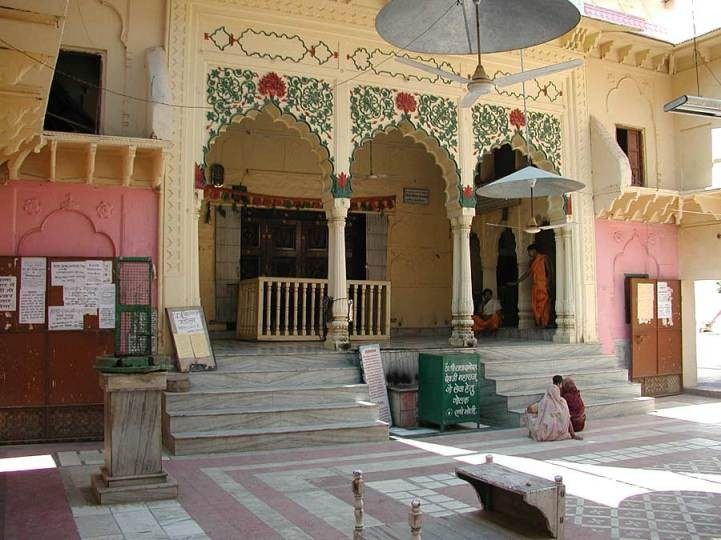 #5 of 14 Places to Visit in Vrindavan

At a distance of 1 km from Vrindavan Railway Station, Sri Radha Damodar Mandir is an ancient temple situated at Loi Bazar near Seva Kunj in Vrindavan.

The bhajan kutir and Samadhi of Srila Rupa Goswami as well as the Samadhi's of Srila Jiva Goswami, Krishnadasa Kaviraja Goswami, Bhugarbha Goswami and the bhajan kutir of Srila Bhaktivedanta Swami Prabhupada are present in the temple premises. Jiva Goswami established a library here, where he stored all the original manuscripts of the Goswamis. The Vrindavan Research Institute has been able to preserve some of the original library, including autographed manuscripts of Sanatana Goswami and Rupa Goswami.

There is a Govardhana - Shila in this temple, called Giri Raj Charan Shila that was worshiped by Sanatana Goswami. It has Lord Krishna's footprint on it. During Kartika season, the day after Diwali is celebrated as Annakut Mahotsav in which Giriraj Shila is placed out from the Garbha Graha for devotees Darshan.