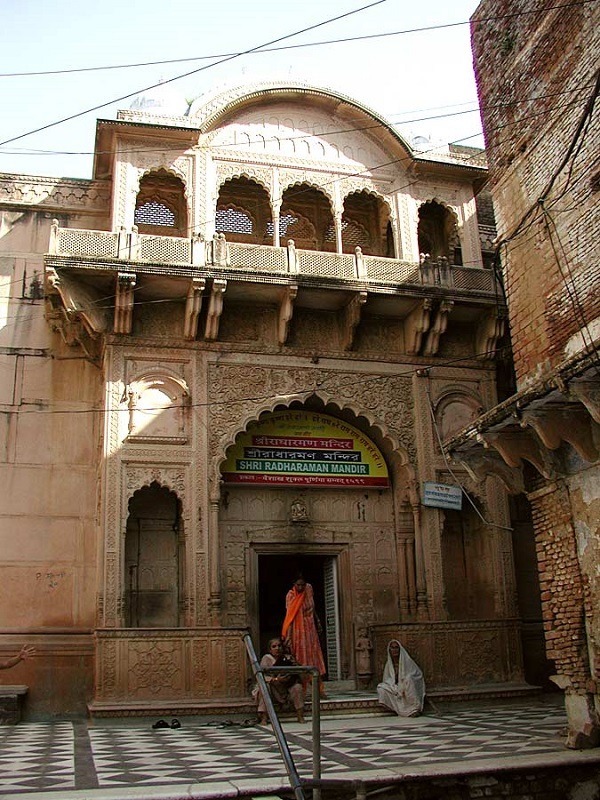 #7 of 14 Places to Visit in Vrindavan

At a distance of 2 km from Vrindavan Railway Station, Sri Radha Ramana Temple is a popular temple and among the 7 temples of Thakur of Vrindavan including Sri Radhavallabh ji, Sri Bankey Bihari Ji, Sri Govind Dev ji and three others.

Established by Gopala Bhatta Goswami, this temple is dedicated to Lord Krishna as Radha Ramana. He is one of the six Goswamis of Vrindavan who followed the principles of Sri Chaitanya Mahaprabhu strictly. The temple is exquisitely crafted and one of the most revered temples in Vrindavan, especially by the followers of Gaudiya Vaishnavism. It houses the original shaligram deity of Krishna, alongside Radharani. The temple was renovated in the year 1826 by Shah Behari Lallji.

The deity is self-manifested from a shaligram shila, which is around 30 cm tall and has a mystic smile on his face. The deity was installed on the full moon day in the month of Vaishaka (April-May) in the year 1542. This event is celebrated every year by bathing the deity with milk and other favorable items. There is no deity of Radharani in this temple, but a crown is kept next to Krishna signifying her presence.

The Samadhi of Gopala Bhatta is located next to Radha - Raman Temple. It is believed that there are markings of discs on the back and feet of the statue.