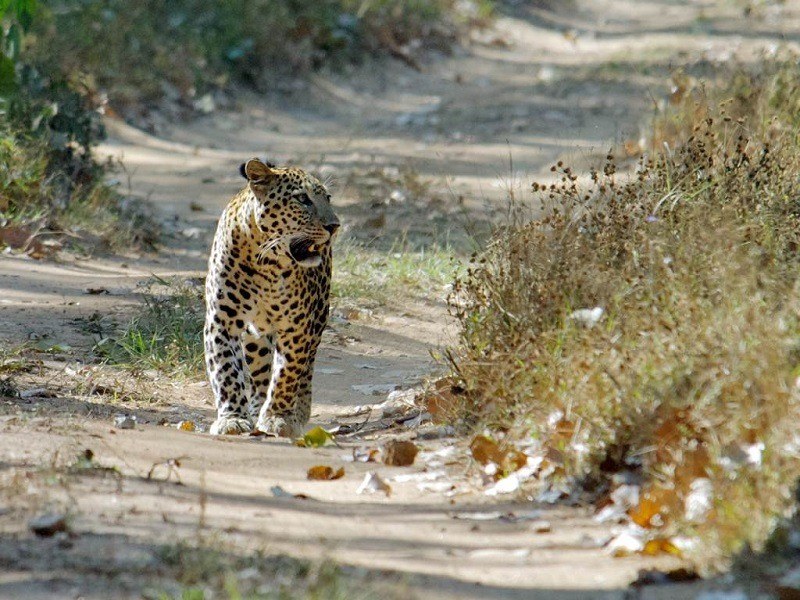 At a distance of 70 km from Vadodara, Jambughoda is a wildlife sanctuary located in the Panchmahal district of Central Gujarat. Situated near Jambughoda, it is one of the wildlife sanctuaries in Gujarat and among the top places to visit near Vadodara.

Jambughoda Sanctuary was a part of the princely state of Jambughoda prior to independence. The sanctuary was established in 1990 at the behest of the late Prime Minister of India, Mr. Rajiv Gandhi. Sprawling over an area of 130 sq. km, Jambughoda is a magnificent forest of teak, bamboos and other miscellaneous species. The area has two water reservoirs- one at Kada and the other at Targol. The most striking feature of the area is the undulating hills having a good forest cover, with the valleys having small tribal hamlets.

The sanctuary harbors several wild animals, birds and flora, including plants and herbs of medicinal value. Leopard is the top predator here whose population has been increasing. The habitat is shared by other animals such as sloth bear, jackal, blue bull, wild boar and four horned antelopes. In addition, the sanctuary is also home to a wide variety of snakes including cobra, rat snake, Russell's viper and python, and interesting birds such as the Paradise Fly Catcher, Golden Oriole, Tailor bird, etc.

There is no Jeep Safari inside the sanctuary but one can go for a nature walk through the dense forest of teak, bamboo, mahuda. Also there are some wonderful camping sites within the sanctuary. Kada is an ideal place to stay and camp where a large number of cottages have been constructed near the reservoir by the Forest Department.

The best time to visit Jambughoda Wildlife Sanctuary is from July to February.