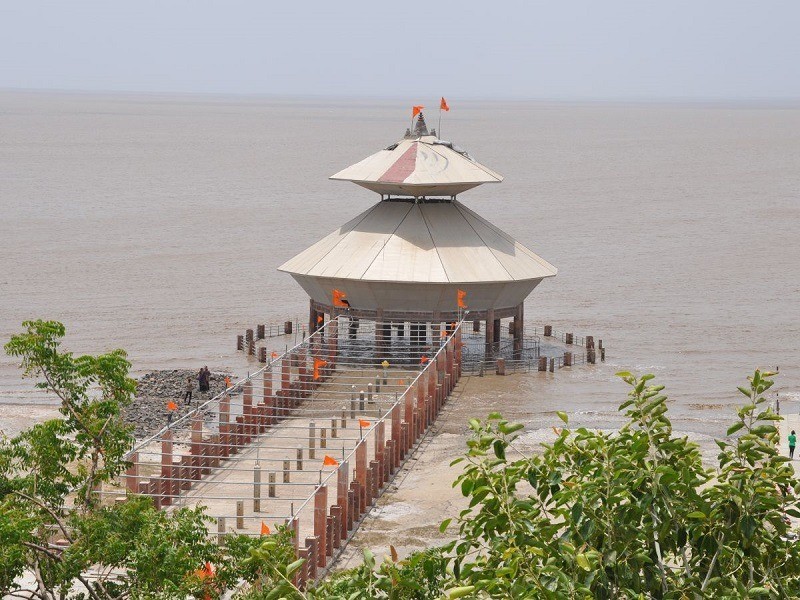 At a distance of 75 km from Vadodara and 160 km from Ahmedabad, Stambeshwar Mahadev Temple is a 150 years old Hindu temple located in the town of Kavi Kamboi near Vadodara in Gujarat. Situated between Arabian Sea and the Gulf of Cambay, it is one of the incredible places to visit in Gujarat and among the prime tourist places near Vadodara.

Stambeshwar Mahadev Temple is dedicated to Lord Shiva. The architecture of the temple is very simple and is built on pillars, but it is still a very unusual must visit religious sites of India. The temple is mainly supported on pillars, hence called 'Stambeshwar Mahadev.' Popularly known as the Disappearing Shiva Temple, the temple is unique because the temple submerges every day during high tide and as the tide starts to get low it again starts emerging out of the sea, unveiling the 4 feet high Shiva Linga.

According to the mythology, this Shiva Linga was installed by Lord Kartikeya himself. Legend says that, Lord Kartikeya feels guilty after killing the demon Tarakasura. On the advice of Lord Vishnu, Kartikeya installed Shiva Lingas at three places and offered his prayers in order to absolve his sin of killing a great devotee of Lord Shiva. And, Stambeshwar Shiva Linga is one among them.

Sea traverses through the area twice a day every morning and evening to do the jalabhishek of Lord Shiva. Due to this unique phenomenon, the place attracts millions of tourists from throughout the year to see this extravaganza of nature. Another unique feature of the place is the union of the Mahi Sagar and the Sabarmati River.

There are tea stalls and some kiosks selling snacks, Khichu and Halwa. It is advisable to carry your own food.