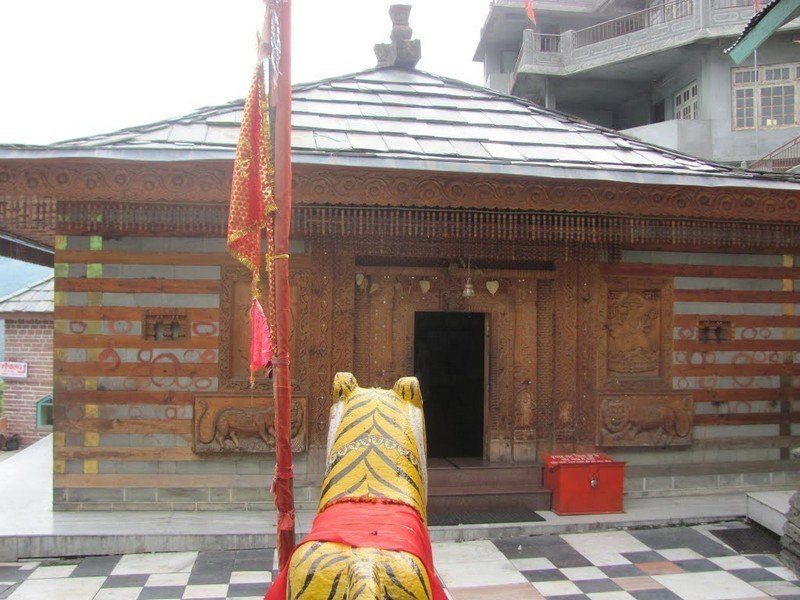 At a distance of 10 km from Kullu Bus stand, 20 km from Bhuntar and 46 km from Manali, Jagannathi Temple is situated at Bhekhli. The temple offers panoramic view of beautiful Kullu valley and River Beas.

Bekhli Temple or the Jagannathi Devi Temple is one of the famous temples of Kullu region. This temple is located at a height of 1800 m from the sea level. As per archeological experts, this temple is almost 1500 years old. It is dedicated to Goddess Bhuvaneshwari who is the fifth aspect of Goddess Shakti. Local people visit this temple regularly to take blessings of Bhuvaneshwari Devi. The temple houses beautiful carvings of different avatars of goddess Durga.

According to the Legend, one day a Shepherd boy accidentally noticed that two girls are dancing on his flute tune which was really magical. He followed them and managed to catch one of them. The girl whom the boy caught was none other than Bhuvaneshwari Devi. The goddess revealed her identity and agreed to settle in the Bekhli village. The idols present in the temple give a resemblance of Rajasthani influences on Gaddi tribal. The deity in this temple is gorgeously decorated.