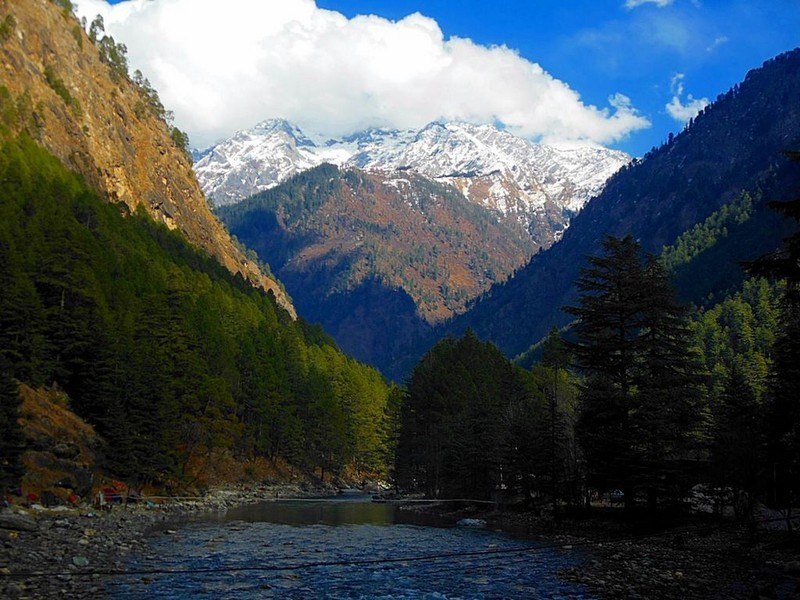 Place Location: On The Way To Manikaran

At a distance of 38 km from Kullu, 30 km from Bhuntar, 4 km from Manikaran and 76 km from Manali, Kasol is a small village in Parvati Valley of Kullu district and is situated at an altitude of 1640 m above the sea level.

Kasol is a picturesque village with traditional wooden houses having slanted stone roofs. It is also the base for several popular trekking trails in Himachal state. The place is dotted with small orchards of apple, plum, peaches, pears, apricot and almonds. A mountain stream called Grahan Nallah divides the village into two parts. This stream flows into Parvati River.

Kasol is a favorite tourist destination especially for Israelis. Thousands of Israelis visit this region every year and stay for months. Frequented by tourists and hippies, Kasol has everything from Reggae Bars to Internet Cafes and cheap guest-houses. Kasol is an ideal destination for backpackers, trekkers and nature enthusiasts due to its scenic beauty, untouched mountains and great climate throughout the year. It is an important base for trekking towards SarPass, Yanker Pass, Pin Parvati Pass and Kheer Ganga.

The Parvati River abounds with trout fish and is the perfect place for angling. However, permission from forest department is required for trout fishing in the river. Parvati River at Kasol is also ideal for white water rafting.

Kasol is also base for trekking trails like Kasol - Malana Trek, Kasol - Kheer Ganga Trek or Kasol to Tosh. Trek to Kheer Ganga will start from Barsheni which is 15 km from Kasol Kheer Ganga is about 11 km from here by trek, which is usually done as a two day trip. Malana is famous for its distinct culture and the temple of Jamlu Devta. Malana village is about 5 - 6 hours of trek away from Kasol. Hiring a local guide is the best way to enjoy the trek. Trekking to Tosh also starts from Barsheni which is about 5 km away and takes about 3-4 hours one way. Tosh is located on a hillside overlooking the river and a waterfall.

Kasol also serves a base for Youth Association of Hostel Camps in India that organizes trek and rock climbing trips. Kasol has pleasant weather throughout the year and best time to visit Kasol is early simmer between March and May.