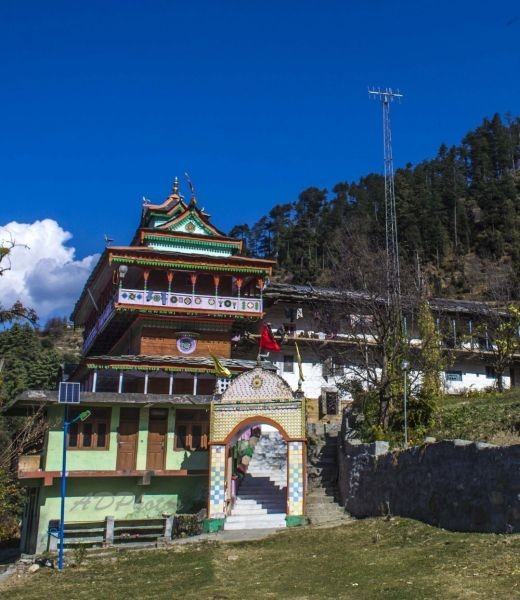 At a distance of 60 km from Kullu, 65 km from Mandi and 6.5 km from Banjar, Shringa Rishi Temple is situated at Baggi village in Banjar valley.

This temple is dedicated to sage Rishyasringa, who was the legendary saint of Kashyapa's lineage. Shringi Rishi was great saint of the Ramayana era and his father was saint Vibhandak Rishi. Shringi Rishi performed Putrakameshti Yagna for King Dashrath of Ayodhya, after that Lord Rama and his three brothers were born. Shringi Rishi is the ruling deity of Banjar valley. Here Rishi is popularly known as Skirni Deo. This temple has been reconstructed in 2008.

Once a year, in the month of May, thousands of pilgrims come here every year to pay homage to Lord Shringa. During rest of the year the place remains inaccessible due to thickly covered snow.

This place needs a short walk for 10 minutes from the main road.