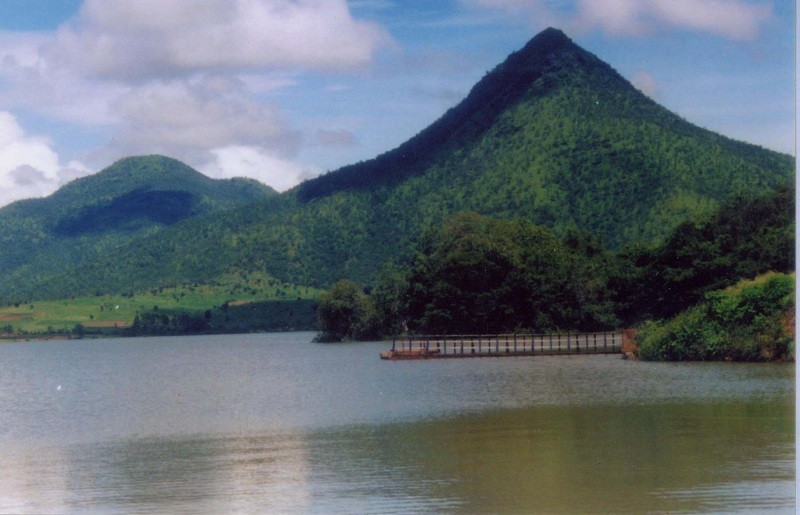 #8 of 33 Places to Visit in Chikmagalur

Ayyanakere Lake is one of the important places to visit during your Chikmagalur Tour. This lake believed to have been constructed by Rukmangada Raya, a ruler of Sakharayapatna. It was renovated in 1156 AD during Hoysala's rule. The sprawling lake was built to supply water for was agriculture. It supplies water for irrigating 21,560 hectares of land in the region.

Ayyanakere Lake is surrounded by mountains on three sides. There is a beautiful mountain called Shakunagiri. The 4,600 ft conical shaped Shakunagiri forms a picturesque backdrop for the lake. Positioned in the Malnad region, tourists visit the lake to witness beautiful sunrise and sunset. Tourists can also engage in recreational activities at the lake such as fishing and camping at the lakeside.

Sakharayapatna is also famous for Prasanna Balleshwara shrine dedicated to Lord Shiva built during Hoysala's period. Several Hoysala styled sculptures can be found in the temple situated on the banks of the lake. The intricately carved standing image of Vishnu is a wonderful piece of artwork. Shakuna Ranganatha Swamy Temple is another interesting place to visit in the town of Sakharayapatna.

The hill also offers a great opportunity for trekking enthusiasts.